A migrant camp in the French port of Calais, which has strained relations between France and Britain, will be closed on Monday. 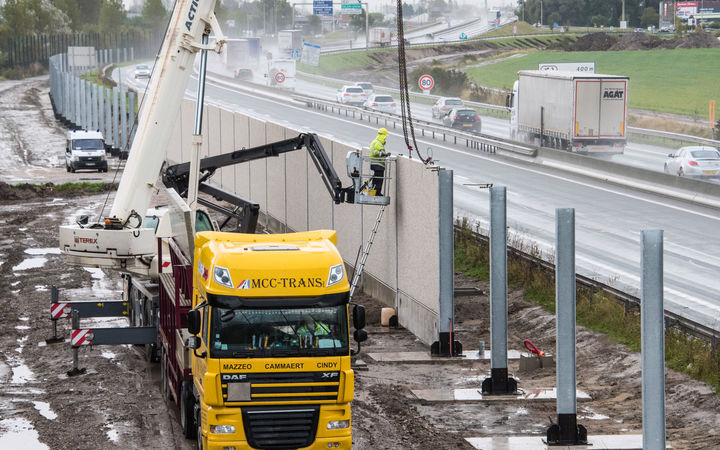 The 4-metre high 'Great Wall of Calais' being built as the French authorities prepare to dismantle a camp for refugees and migrants trying to reach the UK. Photo: AFP

The camp, known as the jungle, is officially home to 7000 people but humanitarian groups believe up to 10,000 people live there.

Many try to reach the UK by boarding trucks as they approach ports or the nearby Channel Tunnel.

The announcement of its closure makes the timetable for dismantling the camp clear for the first time.

On Monday the migrants will have to appear in a giant hangar where they will be separated into groups for families, adults, unaccompanied children and vulnerable people.

They will then be transported to reception centres across France. Some 7500 beds have been prepared for the Calais migrants, who will be transported in about 60 buses.

From Tuesday, heavy machinery will be used to clear the tents and shelters that have been left behind.

The French Interior Ministry said police "might be forced to intervene" if people refused to leave.

Children would be taken to the camp's converted shipping containers during the dismantling of the rest of the Jungle, the interior ministry said in a statement.

Several of them were expected to be relocated to the UK. 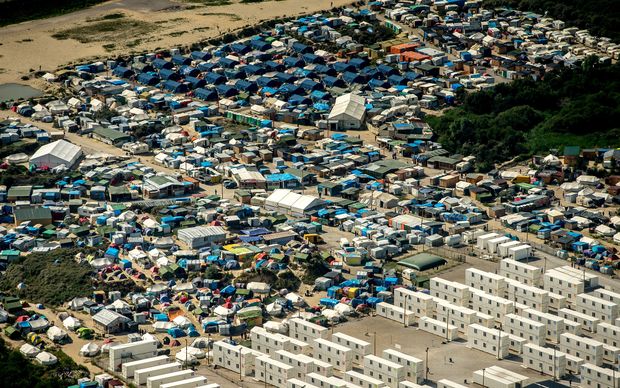 An aerial view of the Calais migrant camp where non-government organisations estimate up to 10,000 migrants live. Photo: AFP

Officials said they were worried about crowds rushing to leave the camp during the first stage of the operation.

Despite an increasing population, the camp's size was halved earlier this year, and reports of violence have increased.

The Jungle is deeply unpopular with local residents and there have been scenes of squalor and of violence, as the migrants, mainly from Africa and the Middle East, have clashed with drivers and police as they try to get onto trucks bound for the UK.

The French Interior Minister, Bernard Cazeneuve, has held talks on the issue with the British Home Secretary, Amber Rudd.

Move border back to England - Juppe

The former French Prime Minister, Alain Juppe - a contender in next year's presidential election - said the British border should be moved back across the Channel to southern England.

Mr Juppe told British newspaper, The Guardian, the 2003 agreement that allows British officials to carry out border checks in Calais should be renegotiated.

He said France should stop managing immigration for Britain in Calais.

A UK-funded 1km wall is being built along the main road to the port in an attempt to deter would-be stowaways.

The UK government has not confirmed the cost, but it is reported to have contributed about$NZ3.2 million.

Work on the wall, which began last week, is due to be finished by the end of the year.