Clashes have broken out in a Calais refugee camp known as the Jungle as French authorities began to dismantle part of the sprawling site. 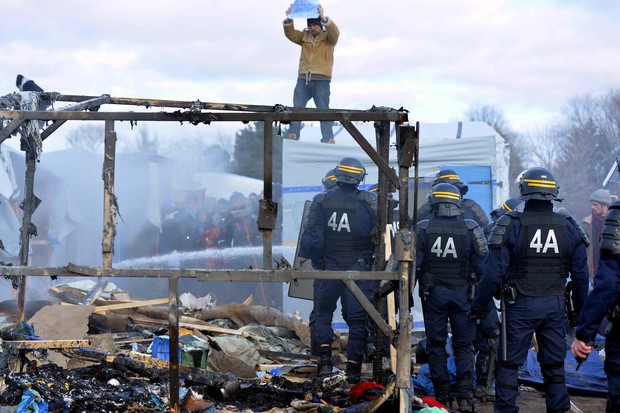 Those in the shanty town outside the port city in northern France hope to cross the Channel to reach Britain, often using people traffickers to try to enter illegally.

Police fired tear gas, about 150-200 migrants and activists threw stones and three makeshift shelters were set ablaze. Water cannon was used to extinguish a fire in one of the shacks.

Officials have said people can move into heated container accommodation in the northern sector of the camp, where there is room for 1500 people, move to similar accommodation centres elsewhere in France or claim asylum in France. 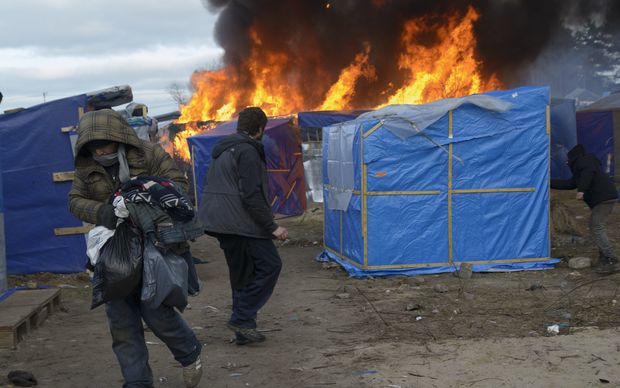 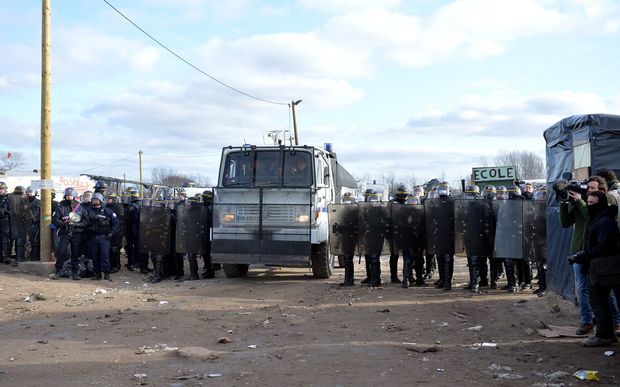 French police prepare to clear the southern part of the camp. Photo: AFP

On Thursday, a judge upheld a government order to evict refugees and migrants living in the southern part of the camp, although a few makeshift buildings of social importance such as a school and a theatre are to remain untouched.

Thousands of people fleeing war and poverty, from Afghanistan to Syria, have converged on the northern port over the past year.

The authorities believe some 1000 migrants are in the southern part of the camp and will be affected by the eviction plan, while aid agencies say more than 3400 people are living there. The total camp population is also disputed - Calais officials say it houses 3700, while Help Refugees puts it at almost 5500.

Macedonian police on Monday fired tear gas to disperse hundreds of refugees and migrants who stormed the border from Greece, as frustrations boiled over at restrictions imposed on people moving through the Balkans.

Crowds trapped on the Greece-Macedonia border tore down a metal gate in the barbed wire fence.

Macedonian police fired several rounds of tear gas into the crowd and on to a railway line where other migrants sat refusing to move, demanding to cross into the country, a witness told Reuters. 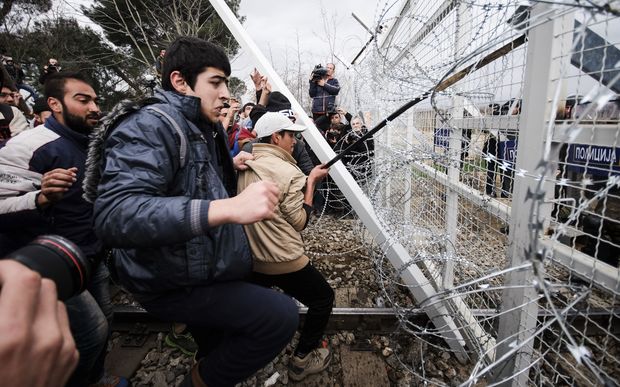 Migrants pushing against a fence at Idomeni in Greece. Photo: AFP 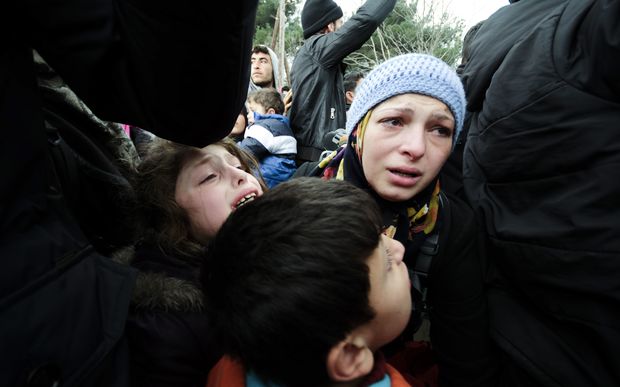 Children at Idomeni in Greece, on the border with Macedonia. Photo: AFP

Greece raced to set up temporary accommodation for a build-up of thousands of migrants stranded in the country after Austria and countries along the Balkans migration route imposed restrictions on their borders, limiting the number of migrants able to cross.

Many of the refugees and migrants hope to reach Germany, which last year took in 1.1 million asylum seekers.

There were an estimated 22,000 migrants and refugees trapped in Greece on Monday, some sleeping rough in central Athens, some in an abandoned airport and at the 2004 Olympic Games venues.

Greece's migration minister said without any outlet, that figure could rise as high as 70,000 in coming days.

Thousands of people have been gathering at Idomeni, the small frontier community on Greece's border with Macedonia, for days. Hundreds of tents were pitched in soggy fields on Monday and there were reports that fights had broken out among families over tents, which were in short supply.