Another woman has accused US Republican presidential hopeful Donald Trump of sexual misconduct. 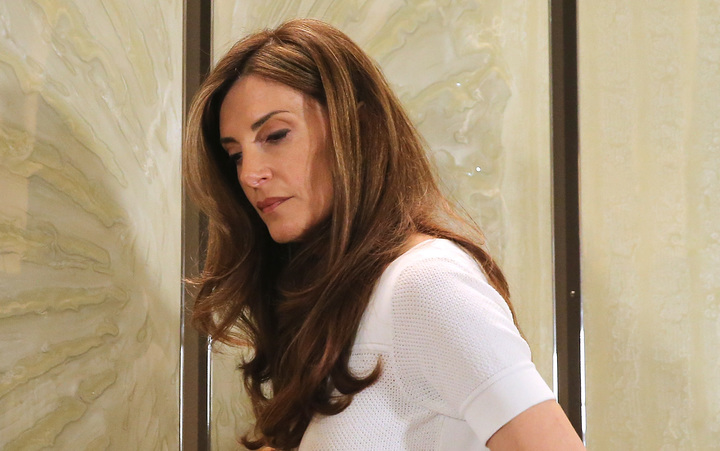 The accusation came just hours after Mr Trump clashed with Democrat Hillary Clinton in the final presidential candidates' debate ahead of the 8 November.

At a news conference in New York, yoga instructor Karena Virginia said Mr Trump approached her at a tennis tournament in 1998 and touched her inappropriately.

"In 1998 I was at the US open tennis tournament in Flushing, Queens, New York. I was waiting for a car to take me home," Mrs Virginia said.

"As I was waiting, Donald Trump approached me. I knew who he was, but I'd never met him. He was with a few other men. I was quite surprised when I heard him talking to the other men about me.

"He said, 'hey, look at this one, we haven't seen her before. Look at those legs', as though I was an object, rather than a person.

"He then walked up to me and reached his right arm and grabbed my right arm. Then his hand touched the right inside of my breast.

"I felt intimidated and I felt powerless. Then my car pulled up and I got in. After I closed the door, my shock turned to shame."

Mrs Virginia said she was initially reluctant to come forward. 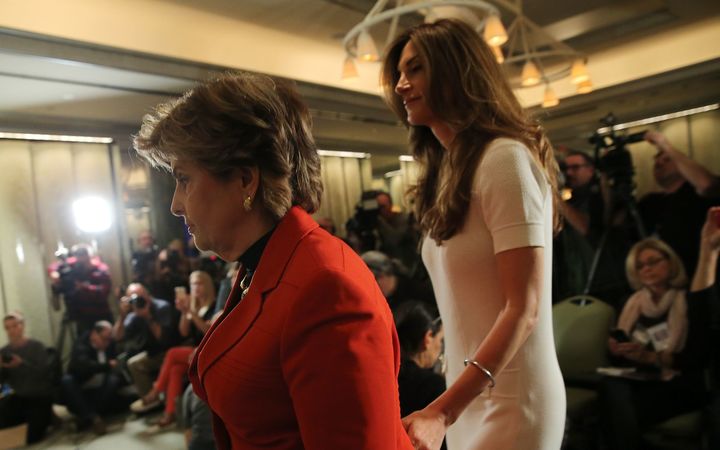 Lawyer Gloria Alfred enters a press conference with Karena Virginia, who said Donald Trump, who she had never met before, had touched her breast in 1998. Photo: AFP

"No one has asked me to come forward. In fact, many people advised me not to speak publicly about what Donald Trump did to me out of concern that I would also be attacked by him.

"I have been advised that Mr Trump will probably call me a liar, just as he called all the other women liars who have made accusations against him. Or perhaps he will label me as just another 'nasty woman'."

Mr Trump has been under fire over eight other women who came forward to detail instances of sexual assault by him in the past.

He has continued to insist the reports are wrong, and part of a media-inspired conspiracy against him, in collusion with his opponent Hillary Clinton's campaign. 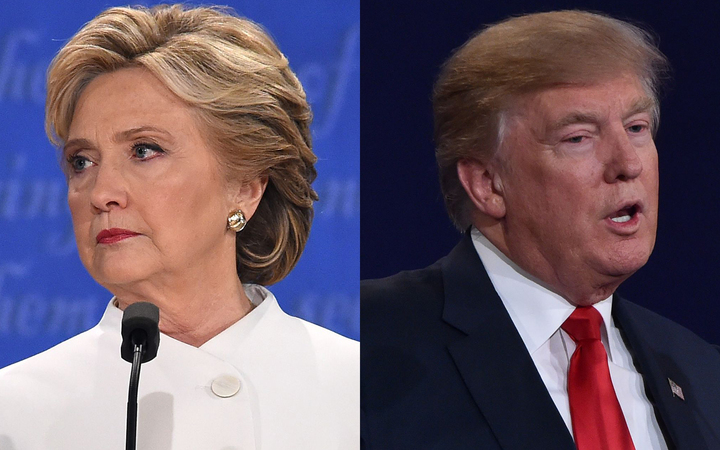 Mr Trump addressed criticism of his behaviour towards women during the third televised Presidential Debate in Las Vegas yesterday. 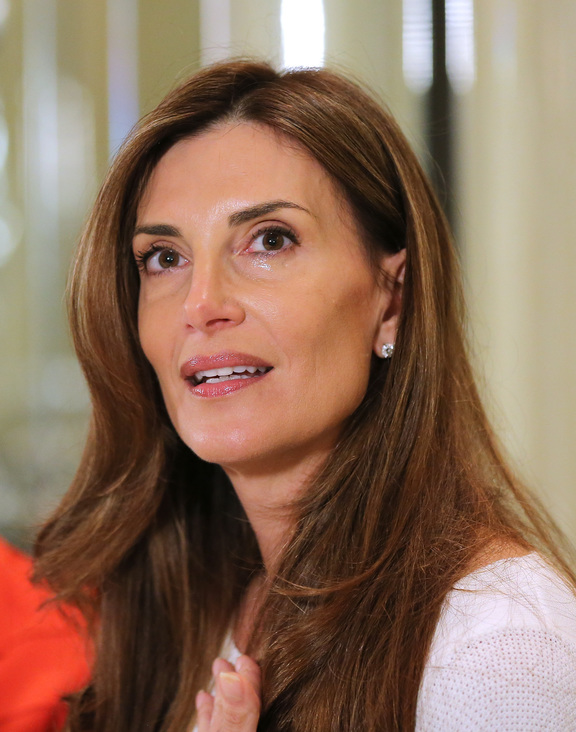 Mrs Virginia said she was speaking up now, despite her fear, out of duty.

"I have lost sleep over this. I have been fearful about bringing unwanted attention to my loving family, and me. This includes my husband, my daughter, my son, my entire family.

"But in the end I feel it is my duty as a woman, as a mother, a human being, and as an american citizen, to speak out and tell the truth about what happened to me."

She said she felt intimidated and for years afterwards she felt shame.

"I felt ashamed that I was wearing a short dress and high heels. That feeling of shame stayed with me for a while, and it made me feel disinclined to wear short dresses or high heels. For a number of years afterwards, I struggled with what to wear so as to not attract unwanted attention.

"I remember one evening discussing this with my husband when he asked me why I did not enjoy dress shopping, why I would often wear a shawl at a dinner party or wear a longer dress.

"I had made my husband aware of what Mr Trump had done to me. This is what's so interesting - it was difficult for him to understand why I would blame myself for being violated."

New York lawyer Gloria Alred is acting for Mrs Virginia and said there should be consequences for Mr Trump and reminded him he should never again utter the words 'I respect women'.