Hillary Clinton and Donald Trump will take to the stage in Las Vegas later for the final debate in an increasingly bitter race for the US presidency. 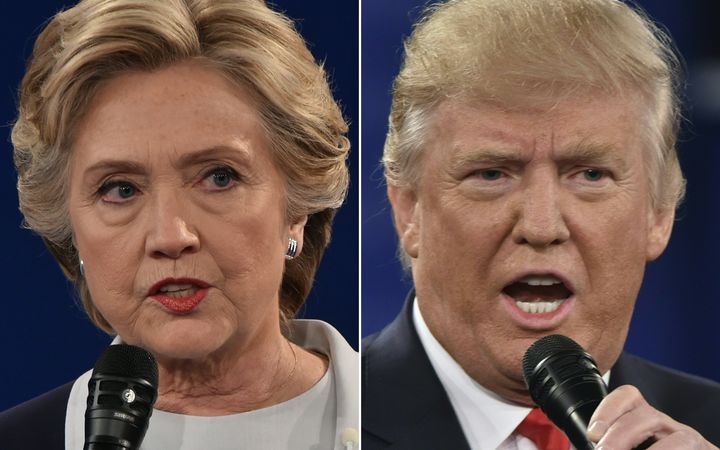 Millions are expected to view the final debate between Hillary Clinton and Donald Trump. Photo: AFP

But Mrs Clinton remains unpopular with many US voters and has faced more bad headlines about her use of a private email server.

Millions are expected to tune into the third and final debate at the University of Las Vegas, Nevada, which gets under way at 2pm NZT and will be moderated by Fox News journalist Chris Wallace.

The two candidates will discuss six topics: national debt and health and social benefits, immigration, the economy, the Supreme Court, foreign flashpoints and their fitness to be president.

Mr Trump has faced damaging fallout after a video emerged of him making obscene comments about groping women, with senior Republicans deserting him.

In recent days he has railed against the election process itself, warning the vote is "absolutely rigged" with "large-scale voter fraud" taking place.

His remarks prompted a scathing response from President Barack Obama, who said the Republican challenger should "stop whining".

Mr Trump has invited President Obama's estranged half-brother, Malik Obama - one of his supporters - as a guest.

He also invited Patricia Smith, whose son was killed in an attack on the US diplomatic mission in Benghazi, Libya, in 2012, while Mrs Clinton was US secretary of state.

In contrast to Mr Trump, Mrs Clinton has kept a low profile ahead of the debate to prepare for the showdown.

Her spokesman said the Democratic nominee was ready for whatever "scorched-earth" tactics her rival might try.

Mrs Clinton is likely to face questions about a batch of hacked emails from the account of her campaign boss, released by Wikileaks, that her rival has seized on.

Before the last debate, Mr Trump appeared at a news conference with women who accused Bill Clinton of sexual misconduct. Since then he has suggested Mrs Clinton took performance-enhancing drugs ahead of that meeting.

But Mrs Clinton's campaign has signalled their candidate will try to focus on policy. 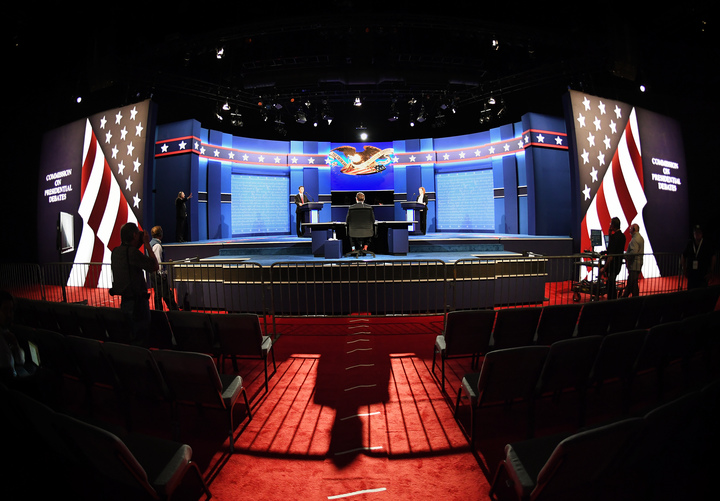 The debate takes place at the University of Las Vegas, Nevada. Photo: AFP