Two more women have come forward with claims Donald Trump groped them, while his running mate says proof is coming that the allegations are "categorically false". 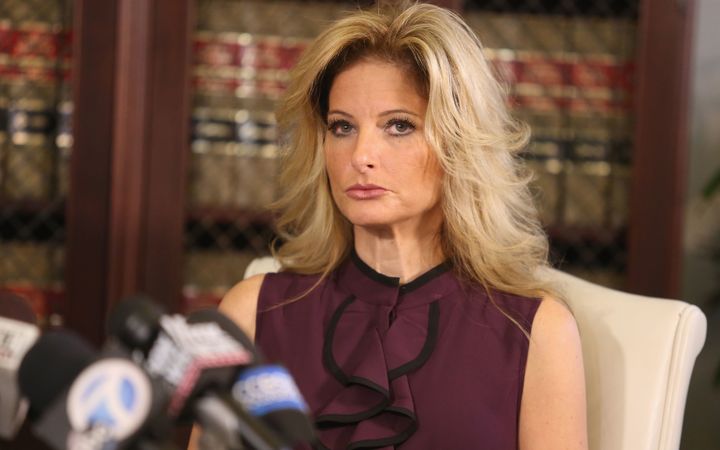 Summer Zervos, who competed on the television show's fifth season in 2006, gave a news conference, saying Mr Trump tried to get her to lie down on a bed with him when she met him in 2007 to discuss a possible job.

She said Mr Trump then asked her to sit next to him and he then grabbed her shoulder and began kissing her "very aggressively and placed his hand on my breast,".

Separately, the Washington Post published an allegation from an interview with a woman who said Mr Trump put his hand up her skirt in a crowded New York nightclub in the early 1990s in an unwanted advance.

"He did touch my vagina through my underwear, absolutely," Kristin Anderson said in a video interview on the newspaper's website.

"It wasn't a sexual come-on. I don't know why he did it. It was like just to prove that he could do it," she told the paper.

During a campaign rally in North Carolina Mr Trump strongly denied that accusation, and all earlier ones.

"These are lies being pushed by the media and the Clinton campaign to try and keep their grip on our country. They are all false, they're totally invented, fiction, all 100 percent totally and completely fabricated."

On Friday afternoon, Mr Trump angrily denounced the allegations, calling the women who made them "sick" and saying all the accusations were fabricated.

"I don't know who these people are. I look on television, I think it's a disgusting thing and it's being pushed, they have no witnesses, there's nobody around," Trump said at the rally in Greensboro, N.C.

"Some are doing it for probably a little fame, they get some free fame. It's a total set-up. Now suddenly after many, many years, phony accusers come out less than a month before one of the most important elections in the history of our country."

Eight women have now made allegations of sexual misconduct by the Republican presidential candidate. 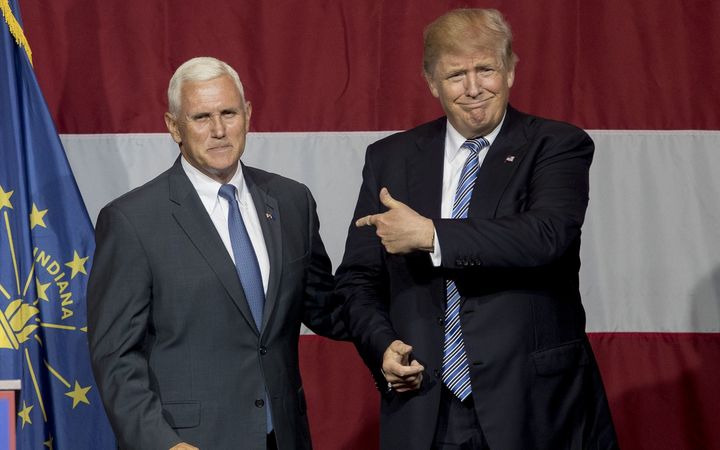 Several women have gone public with allegations going back three decades after Mr Trump was heard bragging on tape that he could force himself on women because he was a star.

When video tape of Mr Trump's lewd remarks emerged last week, Mr Pence was unequivocal in his condemnation of the remarks.

Mr Trump has furiously denied the allegations, saying his political opponents and some media are engaged in a vicious campaign to stop him from winning next month's election.

Mr Pence has now said he knows more information is about to come out backing Mr Trump's version of events.

The Republican said the "Clinton political machine" was using slander and lies to deflect from real issues.

First Lady Michelle Obama earlier said some of Mr Trump's boasts about women were "shocking and demeaning", and said the language he has used was that of a sexual predator. 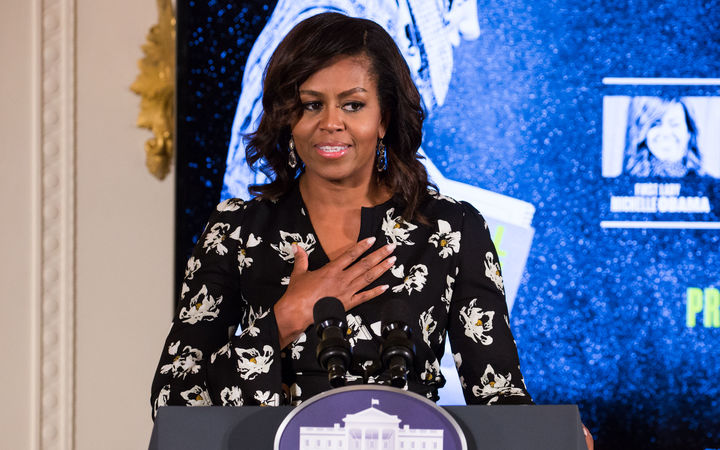 But Mr Pence rejected the first lady's description, saying he did not understand the basis of her claim.

"Before the day is out there will be more evidence publicly that calls into question these allegations."

Mr Trump had categorically denied the allegations and they were unsubstantiated, said the Indiana governor.

More information would back Mr Trump's claim that "this is all categorically false", he said.

But for dozens of Republicans, strong words were not enough and they said they could no longer endorse their party's nominee, with powerful House Speaker Paul Ryan saying he would no longer defend or campaign for Mr Trump.

Mr Trump denied at Sunday's presidential debate that he had ever committed sexual assault.

A few days later, women began to come forward with stories of Mr Trump forcing himself on them.

On Thursday, he was defiant, calling the women "horrible liars".

Polls suggest he is losing ground in some of the key battleground states. 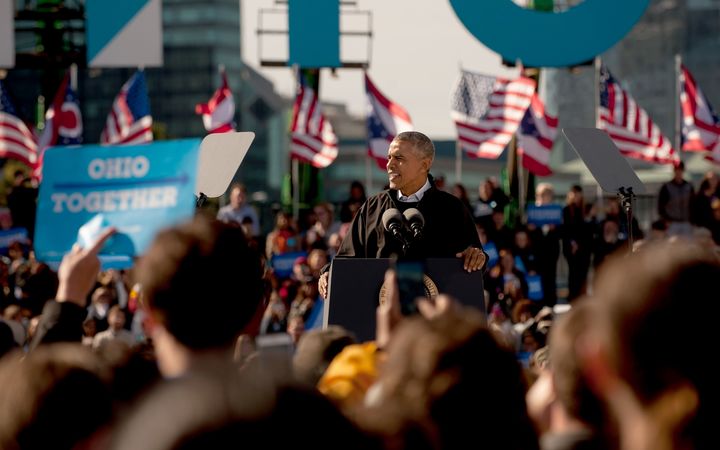 In one of his strongest interventions in the US election campaign, President Barack Obama warned Americans that democracy itself was on the ballot when they cast their votes next month.

Speaking at a rally for Hillary Clinton in Ohio, Mr Obama said Mr Trump lacked the temperament, knowledge and honest character required of a president.

"This is a guy who spent all his time hanging around trying to convince everybody he was a global elite - telling them how great his buildings are, how luxurious, and how rich he is, and all he had time for was celebrities.

"And now suddenly he's acting like he's a populist out there, 'man, I'm going to fight for working people'. Come on, man."

"You want to know what somebody's going to do, look what they've been doing their whole lives."

He also condemned a threat by Mr Trump to jail Mrs Clinton if he was elected president.