Austria's Interior Minister Wolfgang Sobotka has rowed back on comments about plans to tear down the house in which Adolf Hitler was born in 1889.

He had claimed a committee of experts had decided the house should be demolished. 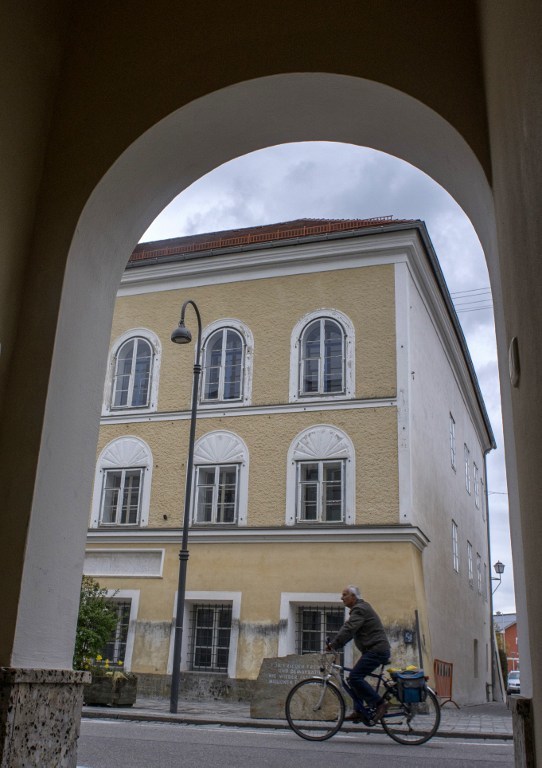 The Austrian building where Adolf Hitler was born. Photo: AFP

But the committee insists not, saying a demolition would "come close to a denial of the Nazi history in Austria".

On Tuesday Mr Sobotka told journalists the house should be "converted so that it was no longer recognisable".

He said one could debate about whether that entailed a demolition, and added that architects would be invited to put forward proposals to convert the house.

Hitler was born in a rented room on the top floor of the building in Braunau am Inn, near the Austro-German border, on 20 April 1889.

It has been the subject of years of legal wrangling between the owner Gerlinde Pommer and the government, which has been renting it since 1972 to prevent any misuse.

It currently pays about €4800 a month for the building.

In a statement sent to the BBC, the committee of experts appointed to decide on the future of Hitler's birthplace said it was against demolishing the house.

Professor Clemens Jabloner and Professor Oliver Rathkolb said the impression had arisen that the committee had recommended the demolition.

"This is clearly not the case. We have made … several proposals for the concrete [definitive] demystification of this place" including a "thorough architectural conversion" so that the house would not have such symbolic power.

"We clearly stated that a demolition would come close to a denial of the Nazi history in Austria."

The statement suggested the house be used for administrative or social purposes but ruled out using it as a museum.

Meanwhile, a parliamentary committee is due to discuss a legal amendment to allow them to seize the property, but a vote on the proposal is not expected until later, possibly November, sources told the BBC's Bethany Bell in Vienna.

The future of the former guesthouse has been widely debated, with opinion torn between razing it to stop it becoming a focal point for neo-Nazis or changing its use.

Some in the community want it to become a refugee centre, others a museum dedicated to Austria's liberation from Nazi rule. Others oppose the building's demolition because it is part of the historic city centre and therefore under heritage protection.