US rock and roll legend Chuck Berry has marked his 90th birthday by announcing his first new album in 38 years.

Simply titled Chuck, the 2017 release will be "comprised primarily of new, original songs" and was recorded "in various studios around St Louis".

"I've worked on this record for a long time," Berry said in a statement. "Now I can hang up my shoes!" 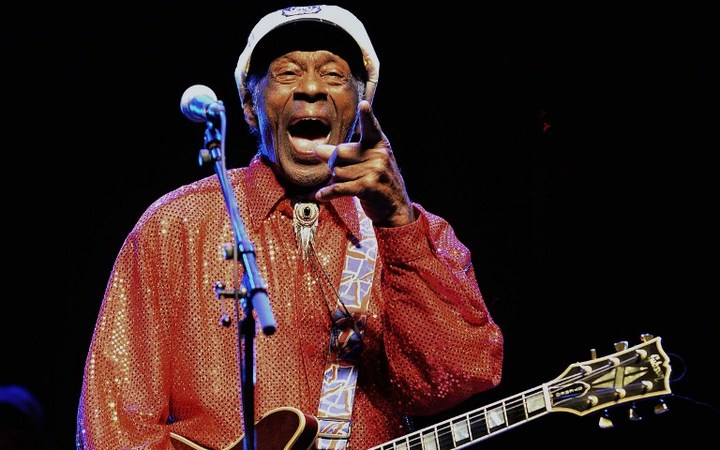 Chuck Berry is releasing a new album in 2017. Photo: AFP

The veteran musician said the record was dedicated to Themetta "Toddy" Berry, his "beloved" wife of 68 years.

Two of Berry's children, Charles Berry Jr and Ingrid Berry, will be heard on the album playing guitar and harmonica respectively.

Other longtime members of Berry's hometown backing group - among them bass player Jimmy Marsala and pianist Robert Lohr - will play on the disc.

In a career spanning seven decades, Berry has released a string of classic songs such as Roll Over Beethoven and Johnny B Goode.

He received a lifetime achievement Grammy in 1984 and was among the first inductees to the Rock and Roll Hall of Fame in 1986.

"It is a great honour to be a part of this record and the broader legacy of Chuck Berry," said Paul Roper of Dualtone Records.

"This body of work stands with the best of his career and will further cement Chuck as one of the greatest icons of rock and roll."