Republican presidential nominee Donald Trump was guilty of "boy talk" when he was caught on tape making offensive comments but was egged on by TV host Billy Bush, says Melania Trump. 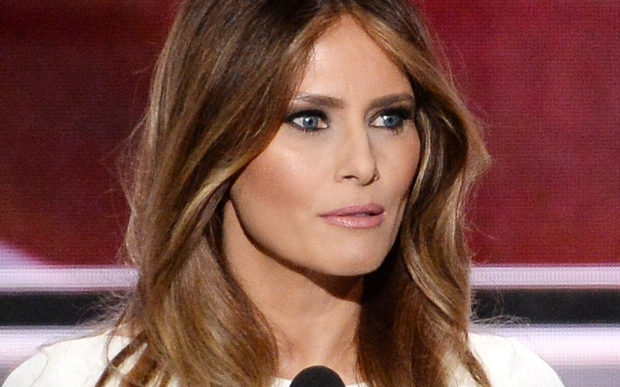 Melania Trump at the Republican National Convention in Ohio in July Photo: AFP

In an interview with CNN, Mrs Trump said the obscene comments were unacceptable, but did not represent the man she knew.

In the video, released last week, Mr Trump told Mr Bush - who was then host of NBC's Access Hollywood - that he could force himself on women because he was a star.

The tape prompted dozens of Republicans to drop their support for him.

Several women have since come forward and accused Mr Trump of sexual assault, which he has denied.

In her first interview since the scandal began, Mrs Trump defended her husband's conduct with women, saying he had never behaved inappropriately over the years.

Women commonly approached him to give him their phone numbers, she said.

And, on the 2005 videotape leaked to the media 10 days ago, she said: "I said to my husband that, you know, the language was inappropriate. It's not acceptable.

"And I was surprised, because that is not the man that I know."

After the taped remarks became public, Mrs Trump issued a statement saying she found the words he spoke to be offensive but she accepted his apology.

Now she believed Mr Bush, who was fired by NBC over the tape, was the main culprit.

With three weeks to go before Americans cast their vote, polls show Mr Trump with considerable ground to make up on Democratic rival Hillary Clinton in key battleground states.