A State Department official offered a "quid pro quo" deal if the FBI would change the classification of a Hillary Clinton email, FBI documents indicate. 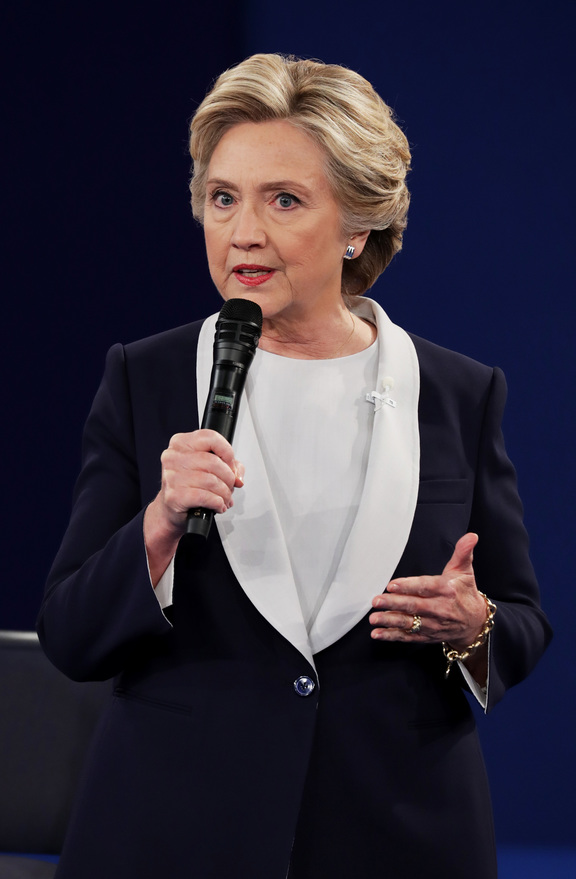 Under Secretary of State Patrick Kennedy asked the bureau to unclassify the message so it could be archived, "never to be seen again".

He made the request in relation to an email about the 2012 attacks on the US diplomatic compound in Benghazi, Libya.

But the FBI said it did not change the classification level.

The email in question described reports in November 2012 that Libyan police were arresting suspects in the attack of two months earlier, which left Ambassador Christopher Stephens and three other Americans dead.

Other interesting revelations from the newly released FBI documents include:

*A group of top State Department officials that some called "The Shadow Government" met weekly to discuss Freedom of Information requests related to Mrs Clinton. They wanted her emails to be released all at once, instead of on a rolling basis, as would normally be the case, according to the FBI summary. But the group did not get its way.

The 100-page FBI document published on Monday says an unnamed FBI official was "pressured" in summer last year to change the classified Clinton email to unclassified.

The official said he had received a call from a colleague - whose name is also redacted - at the FBI's International Operations Division.

The colleague said he had been contacted by Mr Kennedy asking him to change the email's classification level in "exchange for a 'quid pro quo'".

The State Department, the document says, offered to "reciprocate by allowing the FBI to place more Agents in countries where they are presently forbidden".

Mr Kennedy, according to the document, followed up on this matter at a subsequent meeting, spending 15 minutes attempting to influence the FBI to unclassify the Clinton email.

He also pressed FBI assistant director of counterterrorism Michael Steinbach on the issue.

Republican House of Representatives Speaker Paul Ryan said the revelation "bears all the signs of a cover-up".

Mr Kennedy, who has spent more than four decades at the State Department, was already a lightning rod for Republican criticism.

He oversaw both diplomatic security during the 2012 attacks in Benghazi and the records and IT departments during Mrs Clinton's use of a private email server.

But State Department Deputy spokesman Mark Toner denied there had been any wrongdoing.

"As has been reported, there have been discussions within the interagency on issues of classification."

The email in question was among some 100 messages recovered from Mrs Clinton's private email server that the FBI would ultimately designate as classified.

The FBI and State Department engaged in a review of the former secretary of state's emails as they were being made ready for public release.

FBI Director James Comey concluded in his investigation Mrs Clinton had been "extremely careless" in handling the classified material.

The scandal has fuelled the perception among many voters she is untrustworthy.

The emails scandal relating to her private server is different from the messages that Wikileaks have been releasing recently.