A new poll of US voters has put Democratic presidential candidate Hillary Clinton ahead, leading Republican Donald Trump by 47 percent to 43.

The poll, conducted by The Washington Post and ABC News, is the first since a video was released recording Mr Trump bragging about groping women and kissing them without consent.

But the vote share remains the same as before the two parties' national conventions were held months ago. 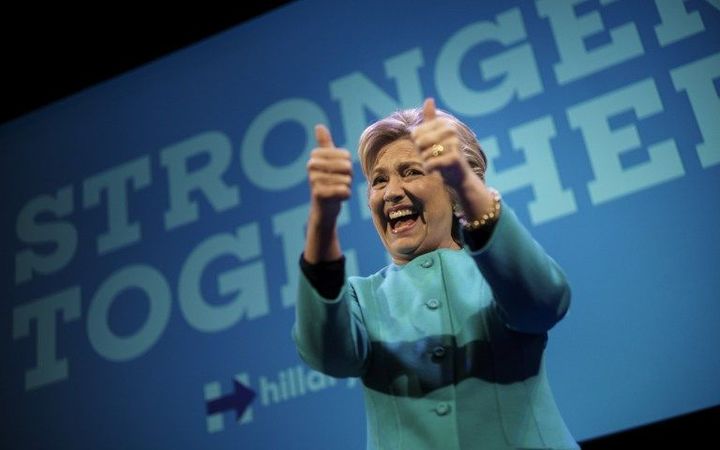 Hillary Clinton addresses the crowd at a fundraiser in Seattle. Photo: AFP

Analysts said that showed how entrenched voters were, willing to back their candidate no matter what was said or done.

Mr Trump has said that the presidential race was being "rigged" against him at voting locations, questioning the 8 November election's fairness just hours after his running mate Mike Pence said they would accept the outcome.

"The election is absolutely being rigged by the dishonest and distorted media pushing Crooked Hillary - but also at many polling places - SAD," Mr Trump wrote on Twitter. 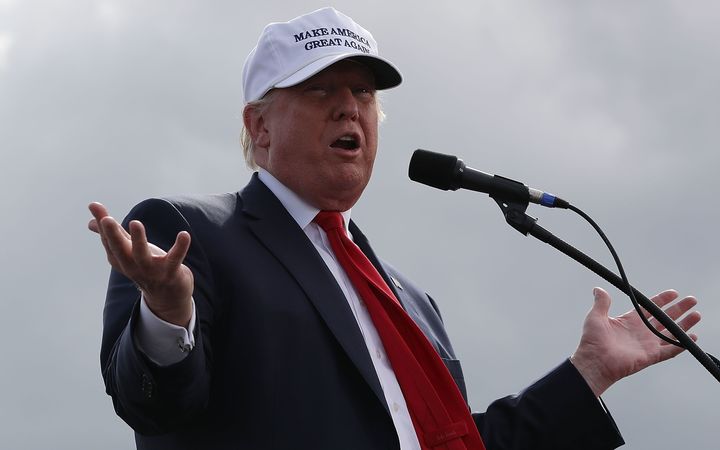 The latest results from the Reuters/Ipsos States of the Nation project also show Mrs Clinton with a substantial projected advantage in the race to win the Electoral College and claim the presidency.

It is the second week in a row that the project has estimated her odds so high.

The results mirror other Electoral College projections, some of which estimate Clinton's chance of winning at around 90 percent.

For the Trump campaign there are a handful of states the Republican candidate must win if he is to cobble together enough states to win the White House.

Among them is Florida, but numerous recent visits to the state by Mr Trump and his vice-presidential running mate Mike Pence did little to dent Mrs Clinton's advantage in the contest for the state's 29 Electoral College votes. She leads by six percentage points, about the same lead she enjoyed last week.

Still, the race tightened in Ohio, another important state for Mr Trump. Both Ohio and Nevada were leaning toward Mrs Clinton last week but are now toss-ups.

However, Mrs Clinton's support grew in North Carolina and Colorado, both of which moved from toss-ups to leaning Mrs Clinton.

In the last week, the Trump campaign struggled to respond to allegations from several women that Mr Trump had groped them or made unwanted sexual advances over several decades. Mr Trump has said the reports are lies and part of a media conspiracy to defeat him.

According to the project, Mr Trump trails by double-digits among women and all minority groups. Among black voters he trails by nearly 70 points.

To a large extent his support is almost entirely dependent on white voters. And while Mr Trump's support among white men is strong, among white women his lead is negligible.