Three men have been charged with plotting to bomb Somali immigrants at an apartment building and mosque in the US state of Kansas. 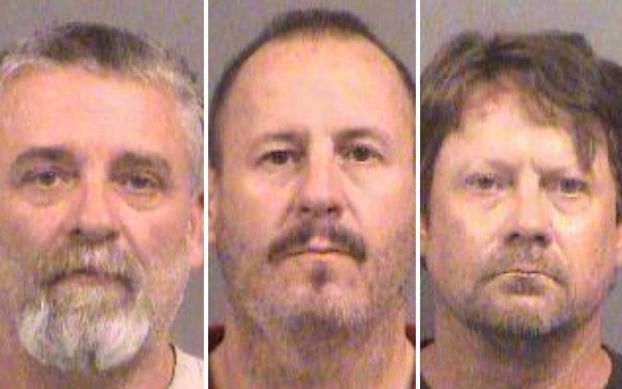 Curtis Allen, 49, Gavin Wright, 49, and Patrick Eugene Stein, 47, had gathered firearms and explosives for the attack, according to the US Justice Department.

The members of a militia group called the Crusaders also kept watch on the target in Garden City, officials said.

They allegedly planned to strike on 9 November, a day after the US elections.

The suspects had prepared a manifesto and conspired to detonate a bomb at apartments where Somalis were among some 120 residents, said prosecutors.

They allegedly discussed parking four explosives-packed vehicles at the corners of the complex to create a large blast in the meatpacking town.

Mr Stein offered to provide ammonium nitrate for the devices and contribute up to $US300 for other materials, according to prosecutors.

If convicted, they face a maximum sentence of life in prison.

Acting US Attorney Tom Beall said the eight-month investigation had taken FBI agents "deep into a hidden culture of hatred and violence".

A confidential source attended meetings of the militia group to collect information, according to documents.

In one of those gatherings, papers said, there was a proposal to carry out an attack similar to the Orlando nightclub shooting.

Mr Beall said they ultimately decided to attack the building because of the number of Somalis who lived there.

Friday's charges prompted the Council on American-Islamic Relations to urge law enforcement to boost protection for US mosques.

"We ask our nation's political leaders, and particularly political candidates, to reject the growing Islamophobia in our nation," Nihad Awad, the group's national executive director, said in a statement.