United States President Barack Obama and his top foreign policy advisers are soon to meet and consider their military and other options in Syria as Syrian and Russian aircraft continue to pummel Aleppo and other anti-government targets. 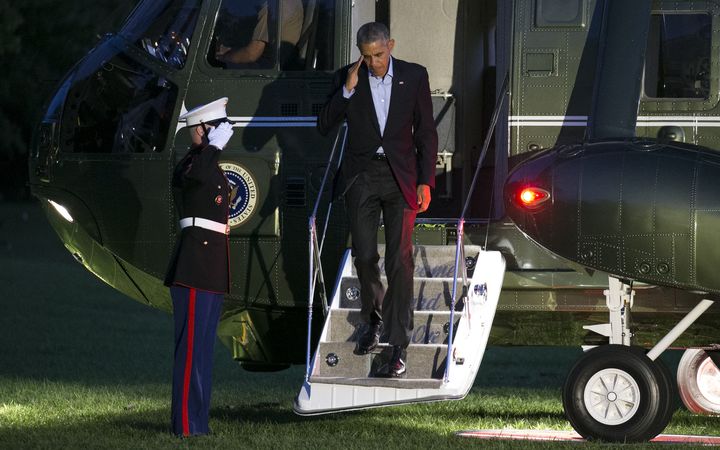 US President Barack Obama returns to the White House after a weekend in Chicago. Photo: AFP

Some top Washington officials want the US to act more forcefully in Syria or risk losing the country's remaining influence over moderate rebels and its Arab, Kurdish and Turkish allies in the fight against Islamic State.

One set of options includes direct US military action such as air strikes on Syrian military bases, munitions depots or radar and anti-aircraft bases.

The Washington meeting is the latest in a long series of internal debates about what, if anything, to do to end the five-year civil war that has killed at least 300,000 people and displaced half the country's population.

Syria's military, backed by Russian warplanes, have killed more than 150 people in eastern Aleppo this week according to rescue workers, as part of a renewed bombardment supporting an offensive to seize the city's shattered rebel-held sector.

In Geneva, the United Nations said Damascus had partially approved its aid plan for October, giving the green light for convoys to 25 of 29 besieged and hard-to-reach areas across Syria, which were also deprived of some vital supplies.

However, the Syrian government did not give approval for either eastern Aleppo or three districts near Damascus, Ramzy Ezzeldin Ramzy, the United Nation's deputy special envoy to Syria said on Thursday, describing the situation as "dire". 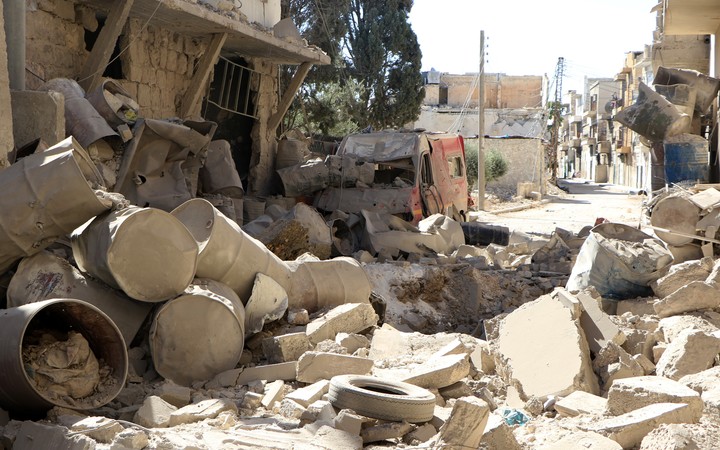 A destroyed ambulance sits among the rubble of a hospital in Aleppo, Syria, that was hit by a barrel bomb during sustained air strikes on the city. Photo: AFP

The war has badly affected government-held regions of Syria too and on Thursday Damascus and Moscow struck a deal to import one million tonnes of Russian wheat, enough to cover the needs of those areas for a year, at cheap prices.

US Secretary of State John Kerry and Russian Foreign Minister Sergei Lavrov are due to meet in Switzerland on Saturday to resume their failed effort to find a diplomatic solution along with counterparts from some Middle East states.

New Zealand has been working to get enough agreement around the UN Security Council to present a resolution, saying [ http://www.radionz.co.nz/news/national/315250/russia-'deepening-divides'-at-security-council-nz Russia's veto of an earlier resolution undermined the council's credibility.

Russia wanted the resolution to strike all references to aerial bombardment

Moscow on Thursday called on regional states not to supply portable anti-aircraft missiles to Syrian rebel groups, warning that any unfriendly actions against Russian forces would elicit an appropriate response.

Speaking to a Russian newspaper, Syria's president Bashar al-Assad said his country's only hope was that Moscow could convince Turkey to end its support of the rebellion, a move that would cut insurgents off from their main external supply route.

The UN had earlier accused Russia over apparent air strikes on one of its aid convoys less than a month ago. 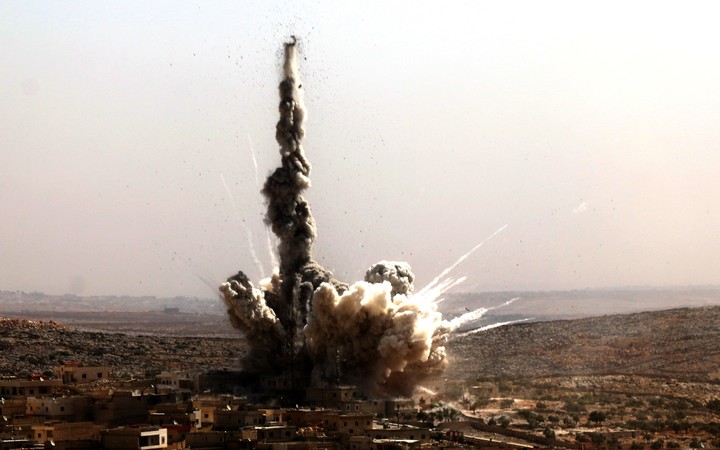 Air strikes against rebel-held areas of eastern Aleppo had tapered off over the weekend after the Syrian army announced it would reduce raids for what it described as humanitarian reasons, but they have intensified since Tuesday.

Rising casualties in Aleppo, where buildings have been reduced to rubble or are lacking roofs or walls, have caused international outcry and a renewed diplomatic push, with talks between the United States and Russia planned for Saturday.

"The bombing started at 2am and it's going on until now," Aleppo civil defence official Ibrahim Abu Laith said. Rescue workers said 154 people had been killed in recent days, though that figure was not independently verified.

Aleppo has been divided between government- and rebel-controlled areas for years. More than 250,000 people are believed to be trapped in eastern Aleppo, the rebels' most important urban stronghold which is facing shortages of food, fuel and medicine.

In a government-held area of western Aleppo, at least four children were killed and 10 wounded on Thursday when shells landed near a school, the Syrian Observatory for Human Rights reported.

Syrian state news agency SANA said the school, in the al-Suleimaniya area, had been targeted in what it described as a terrorist attack.

The Observatory, a Britain-based war monitoring group, also said shelling on government-held parts of Aleppo had killed eight people on Wednesday, and 79 civilians had been killed in eastern Aleppo since Tuesday.

Syria's civil war has killed more than 300,000 people and made millions homeless while dragging regional and global powers into the conflict and inspiring jihadist attacks abroad.

al-Assad is backed by Russia's air force, Iran's Revolutionary Guards and an array of Shi'ite militia from Arab neighbours, while Sunni rebels seeking to oust him are backed by Turkey, the United States and Gulf monarchies.

A civil defence official said air strikes killed 13 people on Thursday in the rebel-held Aleppo districts of al-Kalaseh, Bustan al-Qasr and al-Sakhour, while European Union foreign ministers drafted a statement accusing Syria and its allies of violence that "may amount to war crimes".

"Since the beginning of the offensive by the (Syrian government) regime and its allies, the intensity and scale of aerial bombardment of eastern Aleppo is clearly disproportionate," a draft of their statement said.

Syrian military officials could not immediately be reached for comment on the latest situation in Aleppo. The Syrian and Russian governments say they only target militants.