The Russian foreign minister, Sergei Lavrov, has accused the United States of further fuelling the war in Syria. 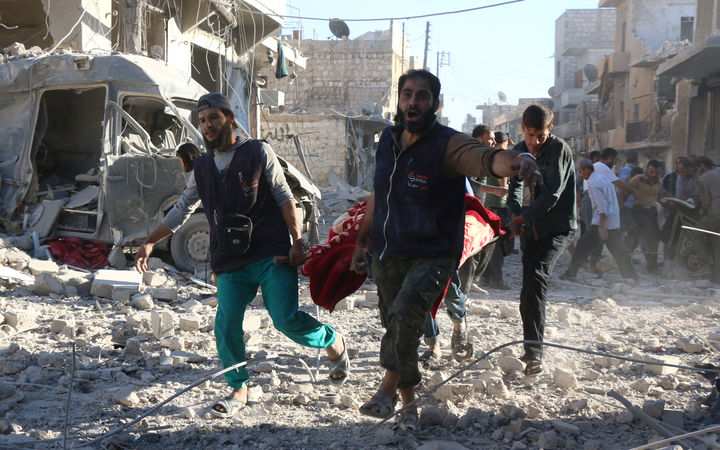 Mr Lavrov said the US was so fixated on removing the Syrian president, Bashar al-Assad, that it was favouring a jihadist group formerly known as the al-Nusra Front.

But the United States said Russia's claim was absurd.

Mr Lavrov said the Americans had failed to comply with requests to separate legitimate opposition forces from terrorist groups.

The US has previously dismissed such claims as preposterous and has threatened to end contacts with Moscow on Syria unless Russia stops bombing Aleppo.

Mr Lavrov said the US had broken its promise to separate the powerful Jabhat Fateh al-Sham (formerly al-Nusra Front) and other extremist groups from more moderate rebels.

Jabhat Fateh al-Sham has been linked to al-Qaeda.

"They [the US] pledged solemnly to take as a priority an obligation to separate the opposition from Nusra," he said.

"They still, in spite of many repeated promises and commitments ...are not able or not willing to do this, and we have more and more reasons to believe that from the very beginning the plan was to spare Nusra and to keep it just in case for Plan B or stage two when it would be time to change the regime." 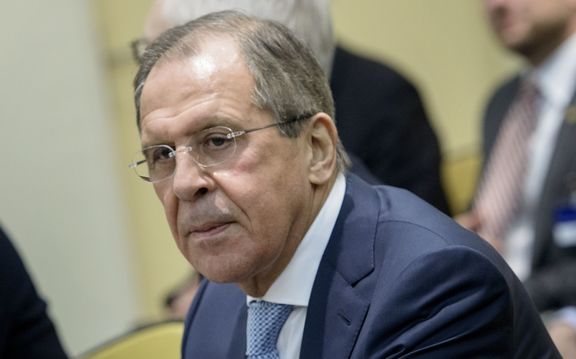 Mr Lavrov said US policy towards Syria was floundering, insisting that American officials had lost control of both events and of themselves.

But a US state department spokesperson Mark Toner said the United States had not targeted al-Nusra for months because they had become "intermingled" with other groups and civilians.

And he accused the Russians of forcing moderate elements within the Syrian opposition into the hands of extremists with their attacks.

Mr Lavrov was speaking to Stephen Sackur on BBC World News TV on the first anniversary of the beginning of the Russian air campaign in Syria.

The British based Syrian Observatory for Human Rights reports that at least 9364 people, including 3800 civilians, have been killed in 12 months of Russian raids.