The United Nations Security Council will meet urgently tomorrow to discuss an escalation of fighting in Syria.

Syrian government and rebel forces are battling for control of high ground on the outskirts of Aleppo, as warplanes relentlessly bombed the city's opposition-held east, in a Russian-backed offensive. 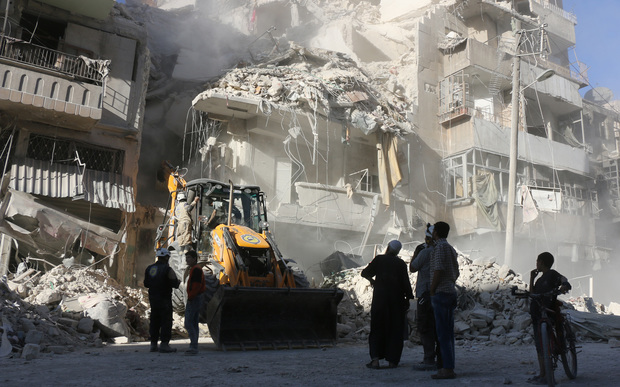 A tractor clears rubble away in Aleppo as relentless airstrikes on the city continue. Photo: AFP

The assault on Aleppo, where more than 250,000 civilians are trapped, could be the biggest battle yet in a civil war that has killed hundreds of thousands of people and driven 11 million from their homes.

The latest violence has left a tentative truce, brokered by Russia and the United States a week ago, in tatters.

UN Secretary-General Ban Ki-moon was "appalled by the chilling military escalation" in the embattled city of Aleppo, his spokesman said.

The Syrian government has stepped up strikes on rebel-held areas of the city since a ceasefire collapsed last week.

The UN Security Council - which New Zealand is currently chairing - is due to meet in New York at 4am tomorrow morning (NZT).

The meeting, which will be public, was requested by the United States, Britain and France, diplomats said.

The council has already met once this week to discuss Syria, with Prime Minister John Key telling members the council would have "blood on its hands" if it did not find a solution soon. 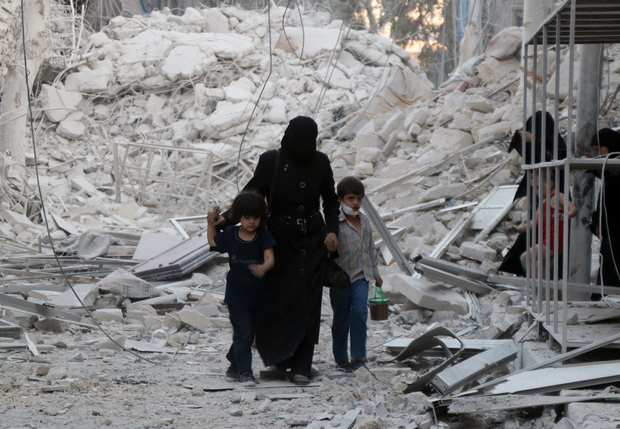 The White Helmets, a Syrian volunteer rescue group, says dozens of air strikes were carried out in Aleppo on Friday morning. Photo: AFP

The UN said the attacks on Aleppo had left nearly two million people without water.

"Since the announcement two days ago by the Syrian army of an offensive to capture eastern Aleppo, there have been repeated reports of air strikes involving the use of incendiary weapons and advanced munitions such as bunker-buster bombs," Mr Dujarric said in a statement.

"The secretary-general considers this a dark day for the global commitment to protect civilians."

The northern city of Aleppo has become a key battleground in Syria's bloody five-year civil war.

Last Tuesday, Mr Ban launched a stinging attack on the Syrian government, saying it had killed the most civilians in the conflict.

He told the UN General Assembly in New York on Sunday that his belief in victory was now greater than ever.

Earlier, Russian Foreign Minister Sergei Lavrov said that any revival of the cessation of hostilities in Syria could not depend on unilateral concessions by his country alone.

He said there had to be a collective effort involving all sides.

In retaliation, Unicef said, a nearby station pumping water to the west of Aleppo had been switched off.

Unicef spokesman Kieran Dwyer said water was being used as a weapon of war by all sides.

He said residents now had to resort to contaminated water and were at risk from waterborne diseases.

Activists say both Syrian and Russian warplanes are taking part in the latest offensive, though Russia has not confirmed its involvement.

Russia supports the Syrian government, while the US backs the opposition. The two powers accuse each other of failing to rein in their respective allies on the ground.