A New Zealand man who attempted to join the conflict in Syria has been sentenced to five-and-a-half years in jail, in one of the first cases of its kind in Australia.

Melbourne-based Amin Mohamed, 26, was convicted of three counts of making preparations to travel to a foreign country to engage in hostile acts, for attempting to fight on the frontline in Syria. 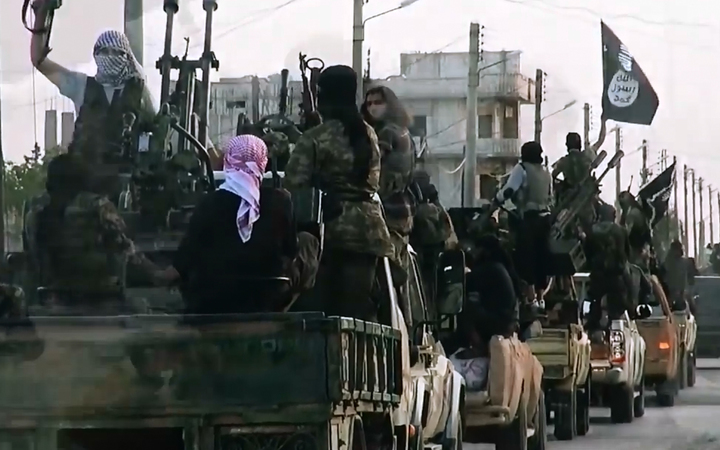 The Somalian-born New Zealand citizen was stopped from boarding a plane bound for Turkey at Brisbane Airport in 2013.

He was later arrested and charged for applying for a passport, buying a plane ticket for Turkey and obtaining a contact for a fixer to help him travel from Turkey to Syria.

Mohamed made the arrangements with the help of Sydney jihadist recruiter Hamdi Al-Qudsi, who has since been jailed for helping young people travel to Syria.

In sentencing, Supreme Court Justice Lex Lasry said he did not think Mohamed would have "lasted long".

"You do not seem to have any previous experience that would have equipped you for what you apparently wanted to do," he said.

"That may be a clear indicator of how misguided your state of mind was at the time."

Justice Lasry noted few people had been sentenced for the offence Mohamed was convicted of and none of the previous cases were similar.

Since his arrest Mohamed has acknowledged he became "extreme" about religion and was motivated by hijrah - to travel to another country for the sake of God.

He told the court he now described himself as being naive and foolish.

Despite that self-reflection, Mohamed had failed to ever admit he was planning to join the conflict in Syria and his resolve to travel should not be downplayed, Justice Lasry said.

"These arrangements were being carefully planned with a view to ensuring that your plans were not discovered," he said.

"There was a time for reflection but you were not deterred and indeed your enthusiasm for your travel plans and the desire to engage in hostile activities seemed to escalate."

After his arrest, Mohamed was held in immigration detention and he will now be transferred to prison to serve a minimum sentence of three-and-a-half years.

Taking into the account the time he has already spent in detention, Mohamed will be eligible for release next year.

He is then likely to be deported, despite the fact his mother and siblings live in Melbourne.