Governments that permit or profit from the expansion of the fossil fuel industry are like people selling cigarettes in a cancer ward, says a US think tank. 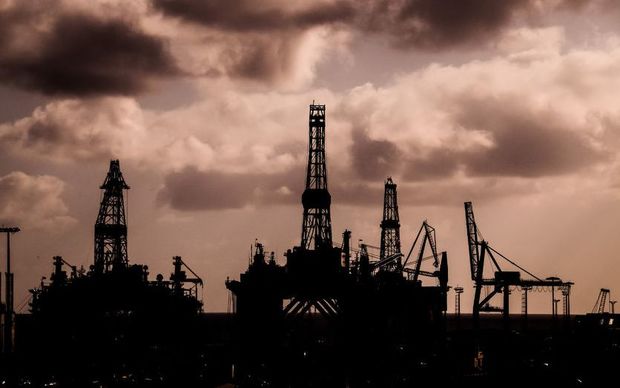 Developed reserves of oil and gas alone would take the world's temperature beyond 1.5°C, says the think tank. Photo: 123RF

The comparison from Washington-based think tank Oil Change International followed release of a report about oil, gas and coal from fields already in production.

It said the output from these installations could not be used if the world wanted to meet climate change goals agreed to a conference in Paris last year.

The agreement, finalised in Paris last December, commits New Zealand to reducing its greenhouse gas emissions to 30 percent below 2005 levels by 2030.

Environmentalists have long argued the world should stop searching for any more oil gas and coal, because using up existing reserves could tip climate change beyond control.

But Oil Change International has extended that argument beyond reserves to fields already in production.

Last year's Paris agreement vowed to hold temperature rises to no more than 2°C centigrade above pre-industrial levels, but to aim for 1.5°.

But research by Oil Change International found output from fossil fuel plants already in production would take the world slightly past the 2° target and well in excess of 1.5°.

It found even phasing out coal would not be enough - since developed reserves of oil and gas alone would take the world beyond 1.5°.

"If the world is serious about achieving the goals agreed in Paris, governments have to stop the expansion of the fossil fuel industry," said executive director Stephen Kretzmann.

"Continued expansion is now quite clearly and quantifiably climate denial," he said.

"Subsidizing or permitting or profiting off of the expansion of the fossil fuel industry is now clearly the moral equivalent of selling cigarettes in a cancer ward."

Report writer Greg Muttitt noted an extra danger: that once a fossil fuel operation was underway, it created an incentive to continue production to recoup investment.

"These incentives are powerful, and the industry will do whatever it takes to protect their investments and keep drilling," he said.

"This is how carbon gets 'locked-in'."

The report argued the world had been slow to realise the dangers of fossil fuels, and "continues to party like it's 1899."