A three-year-old boy survived alone for 72 hours in a forest in the remote Russian region of Siberia, in an area renowned for being inhabited by wolves and bears.

Tserin Dopchut only had a small bar of chocolate in his pocket when he wandered into the woodland.

He slept on a dry makeshift bed under a larch tree, The Siberian Times said.

A huge land and air search was launched to find the boy, who may have been following a puppy when he vanished.

The child had been under the care of his great grandmother, local media reported, but he ventured off near the village of Khut, located amid dense forestry in the Tuva Republic when her back was turned.

For 72 hours the child braved plummeting temperatures, the threat of wild animals and the danger of falling into a fast-flowing river before he was eventually rescued by his uncle.

"The situation was very dangerous. The River Mynas is fast and cold. If a small child fell in, it would be certain death," Ayas Saryglar, head of Tyva's Civil Defense and Emergencies agency, told the Siberian Times.

"There are wolves, and bears in the forest. The bears are now fattening for the winter. They can attack anything that moves.

"In addition, it is warm during the day, but at night there are even frosts. If we consider that the kid disappeared during the day, he was not properly dressed - only a shirt and shoes, no coat." 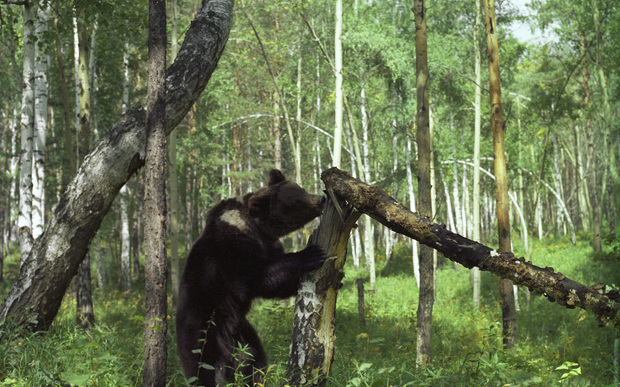 A day and night search operation to find the child involved villagers, local policemen and even a helicopter scouring a vast area of about 120 square km.

Another official told local media that the child was saved after recognising his uncle's voice calling his name. After being hugged, his first question was whether his toy car was okay.

Rescuers were quick to praise the toddler's initiative - he found a dry place under a larch tree and slept between its roots.

"The whole [of his] village is throwing a party to celebrate his survival," regional leader Sholban Kara-Ool was quoted as saying.

The boy has now been nicknamed Mowgli, The Siberian Times reported. Mowgli is the fictional orphan in Rudyard Kipling's Jungle Book novels,

"It is now predicted he will become a rescuer himself," the paper said, "because he showed incredible stamina for his age by surviving for so long alone in these cold woods."

Doctors say that Tserin suffered no serious injuries from his ordeal.