New York bombings suspect Ahmad Khan Rahami has been charged with attempted murder over a shootout with police, prosecutors say.

Mr Rahami is in custody after being injured in what was described as a shootout with police in New Jersey, which began when he was found asleep in a doorway.

He was being sought in connection with the series of bombings that wounded 29 people in the New York City area over the weekend.

Video from WABC television showed a conscious man described as the suspect on a gurney and being loaded into an ambulance.

Prosecutors said he had been charged with five counts of attempted murder of police officers over the shootout, and they were still determining charges over the bombings.

The FBI said no other suspect was being sought over the weekend's blasts.

The 28-year-old had been named by the FBI as a suspect in Saturday's bombing in Manhattan.

The Afghan-born US citizen was captured after firing at police officers in Linden, New Jersey, Elizabeth Mayor Chris Bollwage said on Monday. Two officers were shot, one in the hand and the other in a bullet-proof vest, he said.

"Mr Rahami also sustained shots and an ambulance has taken him away," Mr Bollwage said.

He was undergoing surgery for the gunshot wound.

Officers have refused to discuss what led them to him but senior law enforcement officials have told US media that a fingerprint collected from an unexploded device in New Jersey was key.

The FBI said they had evidence linking Mr Rahami to devices in both New Jersey and New York, but there was no indication a terror cell was active in the area. 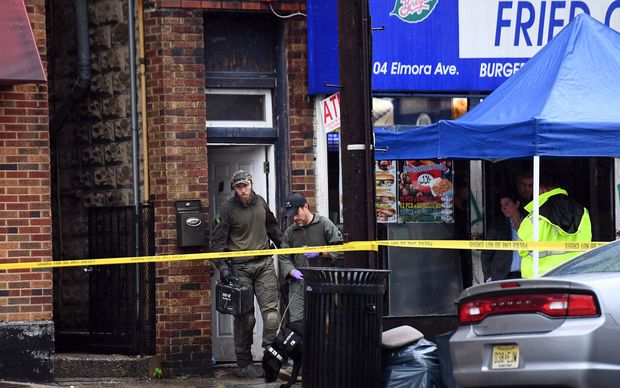 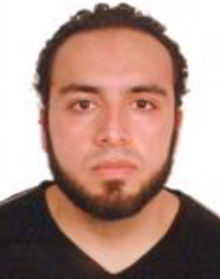 Earlier on Monday, New York Police had released a photo of the New Jersey man and said they wanted to question him about a Saturday night explosion in Manhattan's Chelsea neighbourhood and for a blast earlier that day in Seaside Park, New Jersey.

In addition to the two incidents, officials were probing a backpack containing bombs found in a New Jersey train station on Sunday and an unexploded pressure-cooker bomb located blocks away from the Chelsea blast site.

No one was injured in the other blasts.

As reports of Mr Rahami being taken in custody were being released, US President Barack Obama said he saw no connection between the explosions and a separate weekend incident where a man stabbed nine people at a mall in central Minnesota before being shot dead.

He said authorities were investigating the stabbing as a potential act of terrorism.

That attack was apparently carried out by a 22-year-old man of Somalian descent. The man in the Minnesota incident was described a "soldier of the Islamic State," the militant group's news agency said on Sunday.

Local residents in Elizabeth, who had encountered Mr Rahami in his work at the family's fried chicken bar, said the family were ordinary and "Americanised". 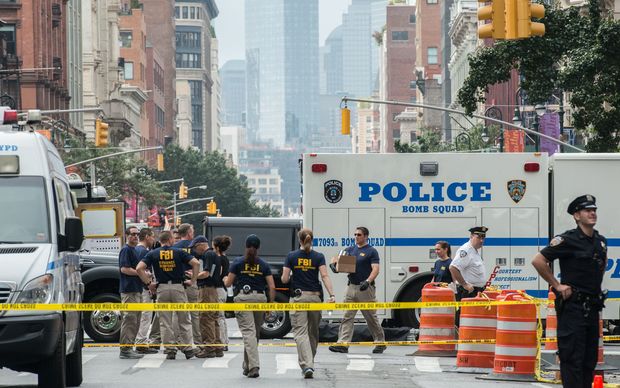 Police and FBI at the scene of the bombing in New York on Saturday. Photo: AFP