A Norwegian man held hostage by the al Qaeda-linked Abu Sayyaf Islamist militant group in the southern Philippines since September last year has been freed. 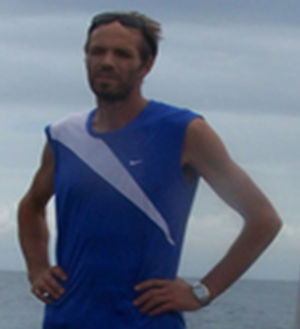 An undated photo of Kjartan Sekkingstad that was released in September last year. Photo: AFP

The group seized Kjartan Sekkingstad from an upscale resort on Samal island in Davao del Norte, along with a Filipina who has already been freed and two Canadians who the militants later executed.

Abu Sayyaf, based in the south of the mainly Roman Catholic Philippines, is known for kidnappings, beheadings and extortion. It had initially demanded 1 billion pesos ($US21 million) each for the detainees, but it later lowered the ransom to 300 million pesos each.

The group released Mr Sekkingstad in the town of Patikul in the Sulu Archipelago and he is now in the custody of Nur Misuari, founder of the Moro National Liberation Front (MNLF), in the regional capital Jolo, peace adviser Jesus Dureza to the Philippines president said.

Mr Sekkingstad had been due to meet with President Rodrigo Duterte later on Saturday but the meeting was cancelled due to bad weather.

"His first words when I spoke to him on the phone [were]: 'Thank you to President Duterte'," Mr Dureza said in a statement.

"His release from captivity capped months of quiet, patient but determined efforts with the assistance of all sectors."

Major Filemon Tan, spokesman of the military's Western Mindanao Command, said the release of Mr Sekkingstad was the result of "intense" military operations against the Abu Sayyaf.

Major Tan also credited the MNLF for helping the government in seeking the release of the Norwegian.

In Oslo, the government welcomed the development but remained cautious, noting that Mr Sekkingstad was not yet in government custody.

"We are still working on this and we will not rejoice until Sekkingstad is safe and sound with Philippine authorities," Norwegian foreign minister Boerge Brende said in an emailed statement to Reuters, adding "it would likely happen tomorrow".

"We are following the situation closely and are working together with Philippine authorities to bring Sekkingstad to safety," he said.

Abu Sayyaf beheaded the two Canadians it seized last year with Kjartan Sekkingstad, the first one in April and the other in June, after a deadline for the payment of ransom money lapsed. The Filipina victim was released in June.

It was unclear whether a ransom had been paid in exchange for Mr Sekkingstad's freedom, but it is widely believed that no captives are released by the group without it.

Security experts say brokers, messengers and go-betweens are involved at multiple levels, some taking substantial cuts. Payments are euphemistically called "board and lodgings".

The group has made tens of millions of dollars from ransom money since it was formed in the 1990s, security experts say, channelling it into guns, grenade launchers, high-powered boats and modern equipment.