A Canadian man, held hostage since September by the Abu Sayyaf militant group in the Philippines, has been beheaded. 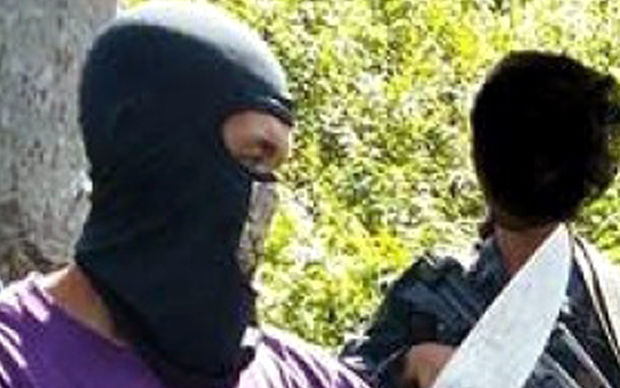 Robert Hall was kidnapped in September along with three other hostages from Canada, the Philippines and Norway.

The Canadian Broadcasting Corporation (CBC) confirmed that Mr Hall was killed after a deadline for a multi-million ransom expired.

Abu Sayyaf had warned that it would kill Mr Hall unless a multi-million-dollar ransom was paid.

The Philippine and Canadian governments are opposed to paying ransoms for hostages, instead, the Philippines have launched military operations against the militant group.

Canadian Prime Minister Justin Trudeau said he believed it was "likely" that Mr Hall had been killed by his captors.

"It is with deep sadness that I have reason to believe that a Canadian citizen, Robert Hall, held hostage in the Philippines since September 21, 2015, has been killed by his captors," Mr Trudeau said in a statement.

Mr Hall, his Filipina partner Marites Flor, Norwegian Kjartan Sekkingstad and Canadian John Ridsdel were kidnapped from a marina near the city of Davao in September.

They were taken to an Abu Sayyaf stronghold on the remote island of Jolo, and Mr Ridsdel was killed on 25 April after a ransom deadline passed.

Abu Sayyaf is a fragmented but violent militant group with its roots in the Islamist separatist insurgency in the southern Philippines. Several of its factions have aligned themselves with the so-called Islamic State.

It has repeatedly taken hostages over the years but has often released them in exchange for ransoms.

It is still holding several captives, including a Dutch birdwatcher taken in 2012.

What is Abu Sayyaf?

One of smallest but most radical of Islamist separatist groups in southern Philippines, its name means "bearer of the sword" in Arabic.

It split from the larger Moro National Liberation Front in 1991. Membership is said to number in the low hundreds.

What does it want?

The group has been agitating for the creation of an independent Islamic state in predominantly Catholic Philippines, and uses tactics such as hostage-taking and bombings to pressure the government.

Several of its factions have pledged allegiance to the so-called Islamic State.

How dangerous is it?

Numerous Filipino and foreign civilians have been kidnapped in south Philippines and parts of neighbouring Malaysia over the decades, and used as hostages to extract ransoms.

Though some have been released after negotiations or attacks by Philippine forces, others have been murdered when demands were not met.

Abu Sayyaf has also said it carried out bombings in cities in the south and a ferry bombing in 2004 in Manila Bay that killed more than 100 people, considered one of the worst terror attacks in the Philippines.