Four UK soldiers who "forced" an Iraqi boy into a canal and let him drown have been condemned by a judge investigating civilian deaths in the Iraq War. 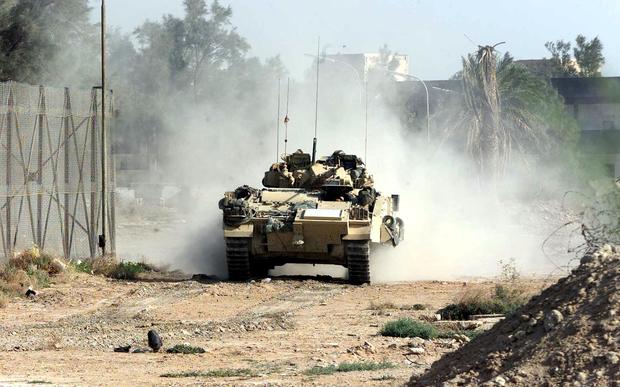 British troops drive a Warrior tank into the north of Basra in Iraq in April 2003 (file) Photo: AFP

Ahmed Jabbar Kareem Ali, who was 15, died in Basra in May 2003 after he was detained on suspicion of looting.

The judge's report said Ahmed should never have been detained or made to enter the canal, and should have been rescued when he was "floundering".

The Ministry of Defence said it was "extremely sorry".

Ahmed was one of four suspected looters who were taken in a Warrior armed vehicle to the Shatt-Al Basra canal and forced to enter the water.

The report by the Iraq Fatality Investigations, led by former High Court judge Sir George Newman, described the soldiers' actions as a "clumsy, ill-directed and bullying piece of conduct, engaged in without consideration of the risk of harm to which it could give rise".

It criticised their "manifest failure" to take action to save the boy's life.

"His death ensued because he was forced by the soldiers to enter the canal, where, in the presence of the soldiers, he was seen to be in difficulty, and to go under the water.

"Notwithstanding the unlawful treatment involved in getting him into the water, his death could have been avoided because he could and should have been rescued after it became clear that he was floundering."

The four soldiers involved, who were granted anonymity in the report, were acquitted of manslaughter at a court martial in 2006.

The report raised "grave concerns" about their ability to have coped with the responsibilities imposed on them and about the adequacy of the resources available to British forces in Iraq. 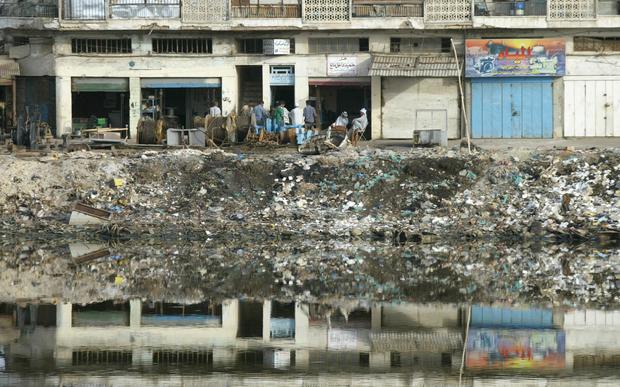 Iraqis sit outside their shops on the banks of a canal feeding the Shatt al-Arab river in Basra in May 2003. Photo: AFP

It added there were also concerns about training and "the ability of the occupying force to take on the burden to act as both policemen and combatants simultaneously".

Basra at the time had "descended into a state of chaos" and there was no assistance from Iraqi police or legal processes in place to deal with the problem of looting, which had been "beyond the capabilities of the British Forces to reduce", it continued.

It said guidelines on how to deal with suspected looters, which involved short periods of detention before handing them over to a higher chain of command, were "totally unrealistic and impractical".

This had led to soldiers meting out "on-the-spot justice", with the punishment differing "according to the temperament and inclination of the soldier in command".

Of the Basra case, the report added: "[The four suspected looters] had been compelled to get into the Warrior by fully armed soldiers.

'Feared for their lives'

"They probably had no knowledge or understanding of what was going to happen. They are likely to have feared for their lives.

"None of the soldiers gave a satisfactory explanation for their actions in directing the looters into the canal."

The Iraq War, in which President Saddam Hussein was overthrown by a US-led coalition including the UK, led to the deaths of at least 150,000 Iraqis, with more than one million citizens displaced.

More than 200 British service personnel and civilians died during the conflict.

The Iraq Fatality Investigations were set up in 2013 to examine a small number of Iraqi deaths that involved British troops.

Similar to inquests, they do not consider issues of individual or collective culpability.

A Ministry of Defence spokesman said: "This was a grave incident for which we are extremely sorry.

"We are committed to investigating allegations of wrongdoing by UK forces and will use Sir George's findings to learn lessons to help ensure nothing like this happens again."