A large item of debris found off the coast of Tanzania belongs to the missing Malaysia Airlines flight MH370, Australian investigators say. 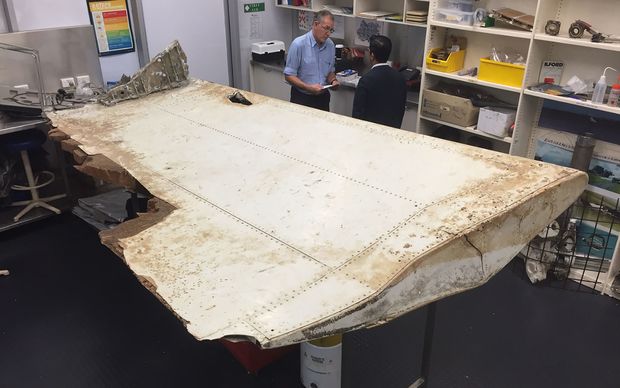 A large piece of debris found in Tanzania recently which has been confirmed as a part of a wing flap from missing Malaysia Airlines passenger jet MH370. Photo: Australian Transport Safety Board

The fragment, said to be the inboard section of the right, outboard flap of the plane, was recovered in June.

The Boeing 777 is presumed to have crashed into the southern Indian Ocean after veering off course.

The piece is now being examined for any evidence that may indicate how the flap was operating at the time of separation from the wing, the Australian Transport Safety Bureau said in a report.

This could help throw light on whether the plane was being flown when it came down in the sea.

The part numbers and a date stamp on the piece, recovered on Pemba island, helped the investigation. 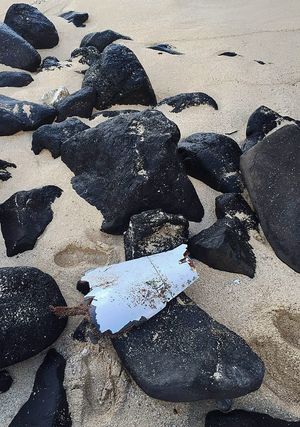 Aircraft debris, suspected to be part of the missing MH370 Malaysian airlines plane, found at the Gris Gris public beach near Souillac, in the southern part of Mauritius Island on May 24. Photo: AFP PHOTO / Mauritius National Coastguard

In addition to the Boeing part number, the report said, the identification stamps had an "OL" number, both unique identifiers to part construction.

The Italian part manufacturer then recovered build records for those numbers, confirming that they belonged to the missing plane.

A number of other pieces of debris, some confirmed to have come from MH370, have been found in recent months off the coast of neighbouring Mozambique and Madagascar.

They include a section of the wing called a flaperon, found on Reunion Island, and a horizontal stabilizer from the tail section and a stabilizer panel with a "No Step" stencil discovered in Mozambique.

All the debris are believed to have been driven westwards from the presumed crash site on ocean currents.

Australia has been leading the search for the missing aircraft, using underwater drones and sonar equipment deployed from specialist ships.

But countries have agreed that in the absence of "credible new information" the search is expected to end later this year.