A strong aftershock has cut off a key route into the earthquake-stricken Italian town of Amatrice as the death toll from the earthquake rises further.

With the death toll now at 278, hope of finding more survivors is fading. 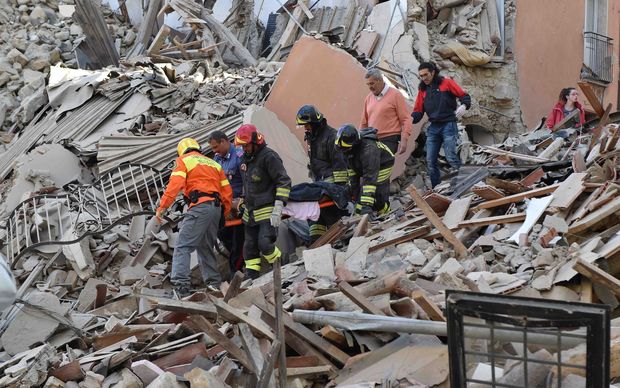 A road bridge on a main route into the town which had been used by emergency crews was badly damaged in the 4.7 magnitude aftershock, one of more than 1000.

Sniffer dogs and emergency crews were continuing to scour the town for survivors.

The initial earthquake struck regions east of Rome at 3.36am local time on Wednesday.

Officials said 181 of the victims had been identified, including at least 21 children.

The Italian government declared a day of national mourning, and has scheduled a state funeral ceremony for the victims.

On Friday the rescue operation in some of the stricken areas was called off.

"Only a miracle can bring our friends back alive from the rubble, but we are still digging because many are missing," Amatrice Mayor Sergio Pirozzi said.

"Amatrice will have to be razed to the ground," said Mr Pirozzi, who urged youngsters not to leave the area, saying that would mean the end of their community. 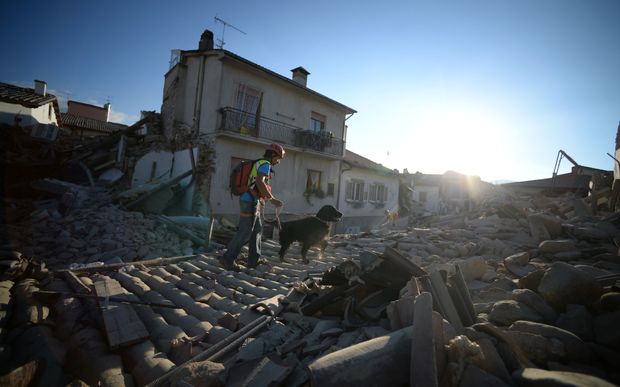 Some 218 of the 278 deaths were in Amatrice, where barely a single building was left unscathed.

The town was last year voted one of the most beautiful old towns in Italy and is famous for its local cuisine.

"No night can last so long that the sun never rises again. I am convinced that Amatrice will rise again. We owe it to the people who died here," Mr Pirozzi said

About 15 people, including children, had not been accounted for, he said.

Rescuers in some nearby villages, such as Pescara del Tronto, pulled out of the towns after all the inhabitants had been accounted for.

The civil protection department in Rome said 388 people were being treated for injuries in hospitals, and 40 of them were in critical condition.

An estimated 2500 people have been left homeless.

Survivors with nowhere else to go are sleeping in neat rows of blue tents set up close to their flattened communities.

The government promised to rebuild the region, but some local people fear that will never happen.

"I'm afraid our village and others like it will just die. Most people don't live here year round anyway. In the winter time the towns are virtually empty," said Salvatore Petrucci, 77, from the nearby hamlet of Trisunga.

"We may be the last ones to have lived in Trisunga."

The foreigners who died in the disaster included six Romanians, a Spanish woman, a Canadian and an Albanian. Three British holidaymakers, including a 14-year-old boy, also died.

The area is popular with tourists and local authorities were struggling to pin down how many visitors were present when the earthquake hit.

The Romanian foreign ministry said 17 Romanians were still missing. Italy has a large Romanian community, and some of the victims were Italian residents.