Privately-run prisons are not as safe or effective as government-run facilities and will be phased out, the United States says. 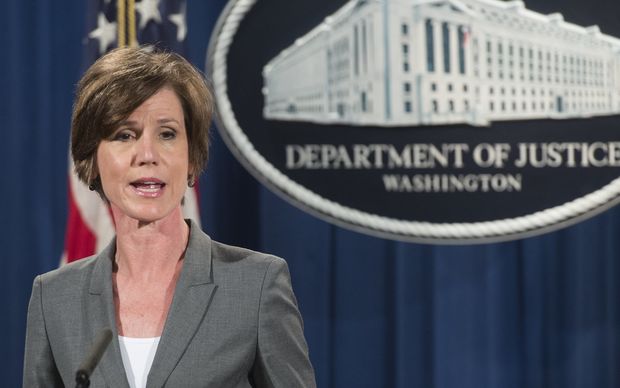 The Bureau of Prisons began contracting with privately operated institutions in 1997 to alleviate overcrowding and in response to orders from the US Congress.

The US Department of Justice announced plans to phase out its use of privately-operated prisons on Thursday local time.

Targeting company share prices, the department said it planned to gradually reduce the use of private prisons by letting contracts expire or by scaling them back to a level consistent with the declining prison population, a move that would reverse a practice begun almost 20 years ago.

The decision, announced by Deputy Attorney General Sally Yates in a memo, followed a report last week by the department's inspector general that criticized private prisons for failing to maintain the same level of safety and security as facilities run by the Federal Bureau of Prisons.

Yates said private prisons, long seen as a growth industry in a country where the prison population has quadrupled since 1980, had also failed to provide any substantial cost savings.

"Private prisons served an important role during a difficult period, but time has shown that they compare poorly to our own Bureau facilities," she said.

The stock price of GEO Group Inc fell about 28 percent after the memo was made public, while Corrections Corp of America's shares sank about 20 percent. Neither GEO Group nor Corrections Corp could be reached immediately for comment.

Mr Hanson said both companies would need to update their financial outlooks after the Justice Department news.

About 40,000 federal inmates were detained in US private prisons in 2014, Bureau of Justice Statistics reported.

The number of prisoners held in privately run facilities at both the state and federal levels had been slowly decreasing since its peak in 2013.

However, the Justice Department did not have jurisdiction over private state prisons where more than 91,000 inmates were held in 2014, or over immigration detention facilities run by the Department of Homeland Security (DHS).

"In an austere era of discretionary budgeting, we believe it is unlikely that [the Bureau of Prisons] can afford the increased costs associated with meaningfully reducing contracts," Hanson said.