The Secretary-General of the United Nations says it is "high time" for a female head, after more than 70 years of the UN and eight male leaders. 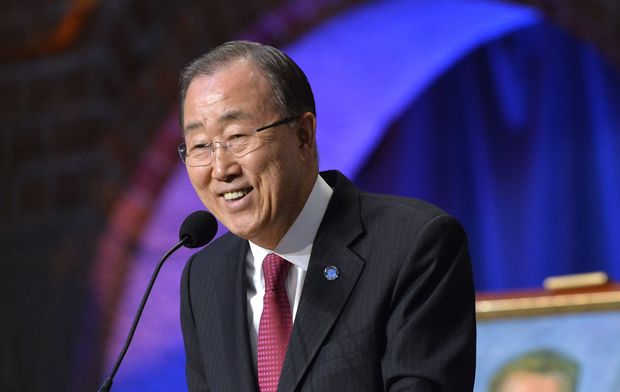 Ban Ki-moon said he hoped the job would go to a woman when the new secretary-general was announced later this year.

Of the 11 candidates in the running to take up the post, five were women, including former New Zealand prime minister Helen Clark.

Miss Clark has had disappointing results from two straw polls, finishing in the middle of the pack, with Portugal's former prime minister Antonio Guterres leading the way.

"I don't know whether it changes too much, but I happen to agree with him. There are some very, very capable women i nthe race, and one of them happens to be Helen Clark, and it would be great to see her as the next secretary-general."

Mr Shearer said he would also like to see a woman as the next secretary-general.

"The question really is whether all of the countries in the UN are as supportive as Ban Ki-Moon is. I would hope they were, there's 50 or 60 countries which have been lobbying quite hard for them, including New Zealand, I'm pleased to say."