At least five people have died and thousands have been rescued after "historic" flooding swamped the United States of Louisiana. 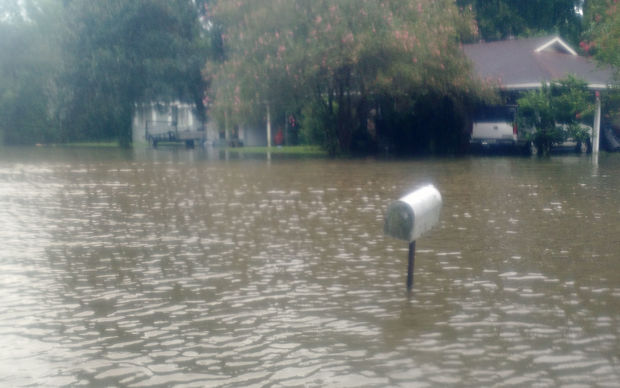 President Barack Obama has declared the state a disaster area, meaning federal aid can be sent to the affected areas.

Soldiers and emergency teams have rescued more than 20,000 people from their homes or cars after the floods, which were caused by torrential rain.

Emergency workers told the BBC some people were still stuck in their homes.

The neighbouring states of Alabama and Mississippi also experienced severe weather, although rains were lessening as they moved west over Louisiana and further.

One of the worst-affected areas was Louisiana capital Baton Rouge.

William Daniel, an official there, told BBC from an emergency control centre that between 8000 and 10,000 people were in shelters.

"We're still receiving phone calls about people who're trying to get out of their homes because they can't get out because either there's water coming in to their houses or their streets are blocked.

"It is definitely an unprecedented flood here in Baton Rouge. Houses that have never ever even come close to flooding have water three and four foot high in to the houses."

"This is a flood of epic proportions," JR Shelton, the mayor of Central City told local media.

"When we talk about floods now, we'll talk about the great flood of 2016. "Everything else pales in comparison." 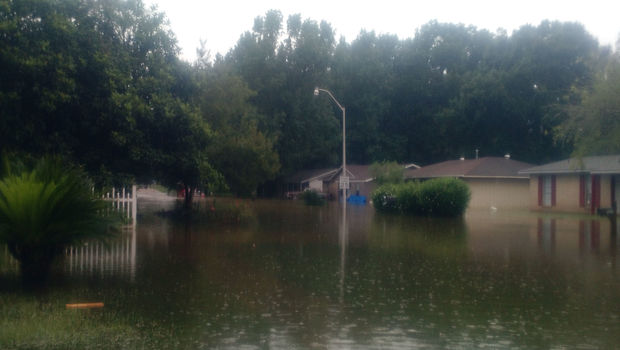 Shanita Angrum, 32, called the police when she realised her family were trapped in their home. An officer arrived and carried her six-year-old daughter to safety.

"The whole time I was just praying for God to make sure me and my family were OK," she told Associated Press.

John Mitchell, a 23-year-old Louisiana resident, was forced to swim to safety with his girlfriend and her one-year-old daughter.

They were rescued by police officers in a boat.

"This is the worst it's been, ever.

"We tried to wait it out, but we had to get out," Mr Mitchell said.

Several rivers in Louisiana and Mississippi were overflowing.

The state is prone to bursts of extreme weather; thousands of acres of Louisiana were flooded in 2011 to divert water from the flooded Mississippi River and to spare cities, including Baton Rouge and New Orleans, which lie downstream.

In 2005, New Orleans suffered one of the worst natural disasters in US history, when Hurricane Katrina hit the city. The storm killed nearly 2000 people and displaced 1,000,000.

Thousands of homes were flooded and destroyed in Louisiana and along the Gulf coast.