Democratic presidential candidate Hillary Clinton has strongly reiterated that she will not sign the Trans-Pacific-Partnership (TPP) trade agreement if she becomes president. 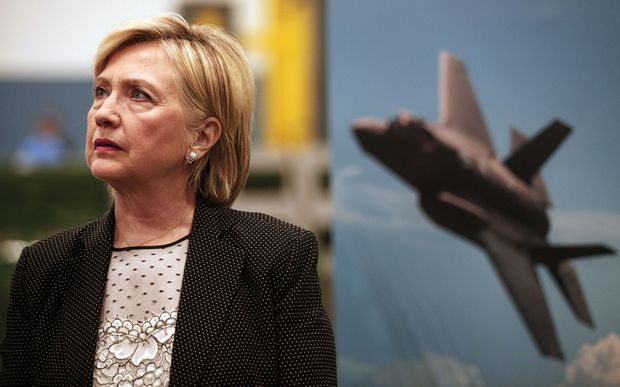 Mrs Clinton has been unveiling her economic plan during a speech at a factory in Michigan.

She said she was tired of Americans being sold trade deals which painted rosy scenarios and then resulted in factories closing and jobs disappearing.

She promised to oppose the TPP because it did not meet her standards. Republican presidential nominee DonaldTrump also opposes the TPP.

As secretary of state, Mrs Clinton worked to craft the TPP but withdrew her support during the election when the final deal was announced.

Mrs Clinton also vowed to appoint a chief trade prosecutor to ensure countries abide by trade pacts if elected. The new position would be supplemented by tripling the number of trade enforcement officers, she said.

The speech focused on contrasting her economic policies with those of her Republican opponent, Donald Trump, including his take on global trade.

Mrs Clinton vowed to strengthen enforcement and oppose trade deals that did not meet her "high standards".

"I will stand up to China and anyone around the world who tries to take advantage of American workers," Mrs Clinton told the crowd. "I will stop any trade deal that kills job and holds down wages."

"The answer is not to rant and rave and cut ourselves off from the world. The answer is to finally make trade work for us, not against us," Mrs Clinton said.

Despite that criticism, Mrs Clinton's promises echoed some of those expressed by Mr Trump. On Monday during his economic speech, Mr Trump vowed to place taxes on products from Mexico and label China a "currency manipulator".

Mrs Clinton threatened to impose "targeted tariffs" on countries that did not play by the rules set out in free trade deals.

She said too many companies lobbied for free trade agreement so they can export more product, but then move to countries with lower wages and sell their products back to American consumers once those deals were signed.