Barack Obama and Singapore's Prime Minister Lee Hsien Loong have made sales pitches for the benefits of a Trans-Pacific trade deal. 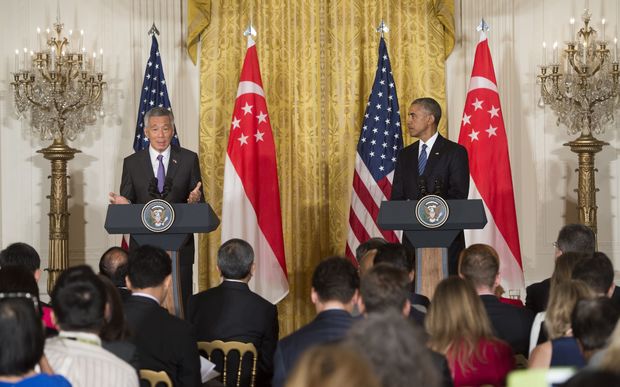 Both the US and Singapore are signatories to the 12-nation Trans-Pacific Partnership, as is New Zealand

Mr Obama hopes Congress will approve the deal before he leaves office in January.

Welcoming Mr Lee to Washington for a state visit, Mr Obama stressed that while concerns about the fate of workers in the increasingly global economy were well founded, the United States could not turn its back on trade.

Speaking at a joint news conference, Mr Obama said both countries were part of a global economy and that could not be reversed because it was driven by technology.

But the TPP faces a battle in Congress. Many voters blame trade deals for shutting factories, sending jobs overseas and favouring corporations over the environment.

Now both the Republican and Democratic national congresses have come and gone, both Donald Trump and Hillary Clinton have indicated they do not support the agreement.

Speaking to Morning Report yesterday, Shawn Donnan world trade editor for the Financial Times said the agreement had not been popular on the campaign trail.

He said the deal was not quite a dead duck, but "a duck on life support."

Mr Donnan said Mr Obama saw the deal as part of his political legacy and as a way of ensuring the US held geo-political influence in the region as a counter-balance to the rise of China.