The head of Islamic State's Sinai branch has been killed in an air strike, along with dozens of its fighters, Egypt says. 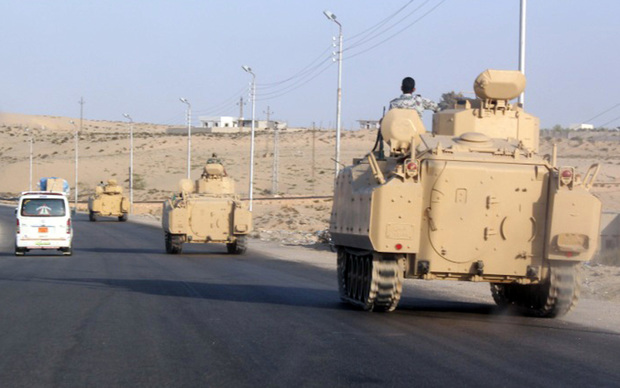 The Egyptian military said Abu Duaa al-Ansari was killed during air strikes targeted at jihadist strongholds near the town of El-Arish in Sinai Province.

Sinai Province is Egypt's most active insurgent group and has been linked to deadly attacks in Sinai and Cairo.

"The raids left more than 45 terrorists killed, dozens of others injured and several arms caches destroyed," the military said.

In a Facebook post, Brigadier-General Mohammed Samir said Ansari was killed in an operation guided by "accurate intelligence".

The post did not say when the operation was carried out.

The jihadist group, which has been active in the Sinai peninsula since 2011, has not commented on the army's statement.

Islamist militancy has risen in Egypt since the army deposed President Mohammed Morsi of the Muslim Brotherhood in 2013.

The London-based Al-Araby al-Jadid news website reported recently that the Sinai group carried out more than 31 attacks in the region within just a fortnight in March.

The group is also a prolific producer of propaganda videos.

On Wednesday, a video said to be from the IS Sinai affiliate issued a rare direct threat to Israel, saying it would soon "pay a high price".