The UN Human Rights High Commission (OHCHR) has called on Australia to give compensation to young people who have been abused in its detention centres, after footage emerged of mistreatment. 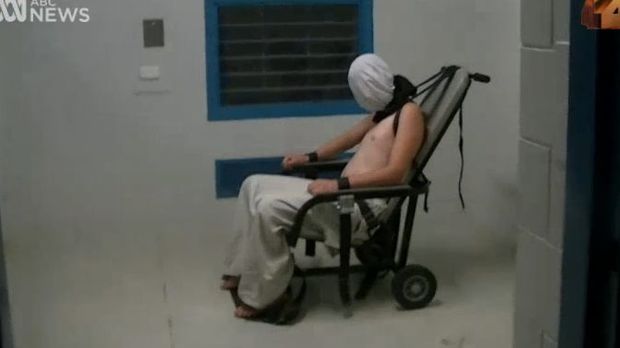 A still from a recently-aired ABC Four Corners investigative report on a centre in Northern Territory. Photo: ABC

Prime Minister Malcolm Turnbull has ordered an inquiry into the treatment of children in detention after the Australian Broadcasting Corporation's Four Corners programme aired video showing guards tear-gassing teenage inmates and strapping a half-naked hooded boy to a chair.

Hundreds of people rallied in major cities across Australia today, criticising the government's response to the video footage.

The OHCHR said in a statement it was "shocked" by the footage, which had emerged from the Don Dale youth detention centre in Northern Territory.

Reports of violence towards youth in detention outside Northern Territory have prompted calls for the inquiry to be broadened to include other states.

"We would encourage the government to extend it beyond the Northern Territory in case this kind of behaviour is happening elsewhere," OHCHR spokesperson Rupert Colville said.

"There is a risk that this could be just the tip of the iceberg, not just in this particular youth detention centre, Don Dale, but is this kind of behaviour happening in other centres? Is it still happening?

"If it is found that these children have been either tortured or subjected to cruel, inhuman or degrading treatment, then under the convention it says - very clearly - each state party should ensure, in its legal system, the victim of an act of torture obtains redress and has an enforceable right to fair and adequate compensation."

Mr Colville said Australia needed to ensure action was taken that showed an understanding of the severity of the allegations, and to do everything it could to rectify the situation.

The OHCHR called on the authorities to identify those who had committed abuses against children and young people and to hold them responsible for such acts.

It also asked the Australian government to ratify the Optional Protocol to the Convention Against Torture, which would allow independent investigators to regularly inspect detention facilities.