Australia's Northern Territory government is claiming hundreds of thousands of dollars from two boys who were tear-gassed by prison guards at the Don Dale Youth Detention Centre, saying they caused more than $160,000 in damage during a breakout. 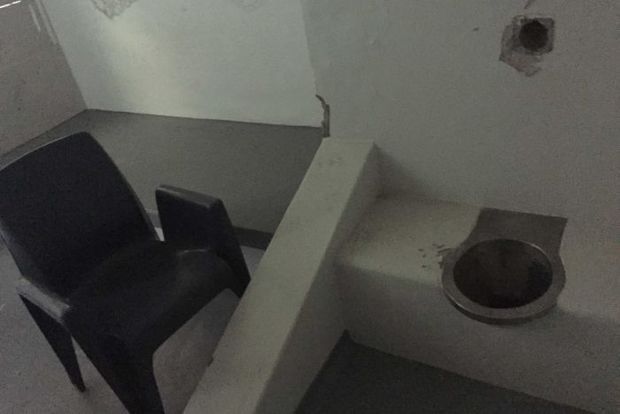 The boys, whose names have been suppressed by the Northern Territory Supreme Court, lodged papers in June this year seeking damages for alleged mistreatment at the hands of staff at the facility.

But the NT government's response, filed on 4 July, is seeking damages for an escape attempt in which the two boys stole a car, before using it to ram a roller door and re-enter the prison.

It said they caused $AU74,025.60 damage when they rammed a roller door at the prison using a stolen car on the following day.

The government also said one of the boys caused $AU45,320 in an earlier escape attempt on 24 February 2015, when he stole a vehicle and drove at speed into an internal perimeter fence.

The NT government is seeking damages with interest and legal costs.

But lawyers for the young men claim in response documents they would not have tried to escape if they had not been treated poorly, and kept in poor and restrictive conditions.

They said the boys would not have attempted escape if the department had "not kept [the boys] in poor and restrictive conditions" and "not subjected [the boys] to the treatment subject of [their] claims".

The response also said the boys would not have attempted escape if the department had "applied appropriate case management to the plaintiff and other detainees".

The lawyers for the young men have declined the ABC's interview request.

The ABC has also approached the office of Chief Minister Adam Giles for comment.

Both boys, and four others who are not being counter-sued, are seeking damages for the now-infamous tear-gassing incident on 21 August 2014 in the old Don Dale centre as well as a string of other claims.

The writs filed by all six boys seek general, aggravated and exemplary damages to "deter and punish" the NT government.

One of the prisoners suing is Dylan Voller, who was the prisoner strapped to a restraint chair for hours with a spit hood placed over his head.

Another is Jake Roper, who was the boy who got out of his cell in the behavioural management unit of the old Don Dale centre, which instigated the tear-gassing of all prisoners in the area.

Neither Dylan Voller nor Jake Roper have had counterclaims filed against them by the NT government.