American researchers have discovered that close to half of all Samoans have a gene that increases their risk of becoming obese.

The study, published in Nature Genetics today, identified a gene researchers from Brown University in Rhode Island said gave those who have it a 35 percent higher chance than others of being obese. 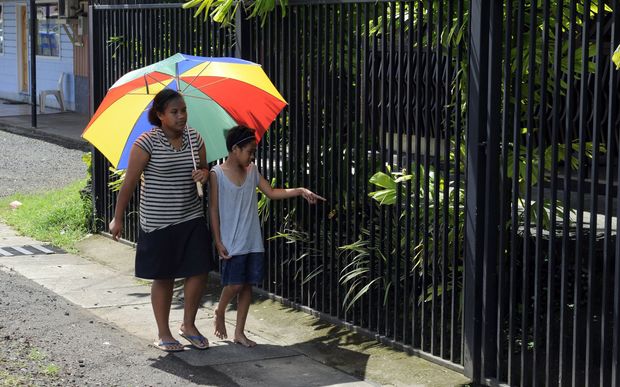 About 45 percent of Samoans have the gene which is rare elsewhere. Photo: AFP

Perversely, those with the gene were less likely to have type two diabetes.

But they also said it explained just 2 percent of differences among Samoans in body mass index or BMI, meaning many other factors were also involved, such as diet, exercise and early life nutrition and growth. But Auckland University professor Peter Shepherd said since 60 percent of overall obesity risk is genetic, it will mostly be a hunt for other genes that play a part.

Prof Shepherd said the gene, known as CREB R.F, acts like a master switch for other genes.

"What it does is it stores a little bit of extra fat into fat tissue every time the people who have the gene eat food, and so in times gone by that ability to store a bit of extra fat would have been a really good protection against times of starvation and the way the gene has been inherited suggests that that's the reason it's accumulated in certain people."

The gene protects against type two diabetes because fat, which is toxic, is stored in fat cells which are designed for that purpose, rather than in other cells or organs, like the liver or pancreas, which could be damaged.

More research is needed, but the findings were valuable, professor Shepherd said.

"This is the first study to find any gene linked to obesity and diabetes in the Samoan population, so it's a really important finding because it gives us for the first time a starting point from which we can develop targeted intervention strategies." 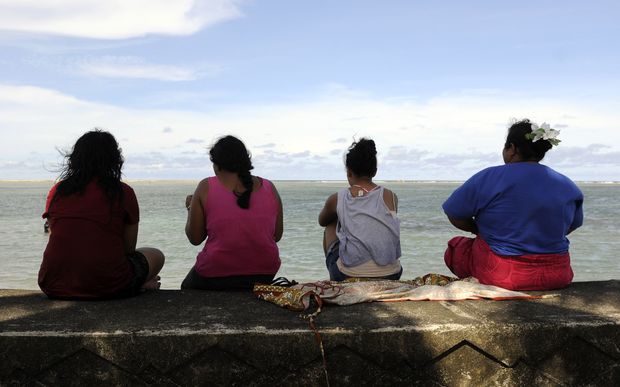 Samoan women gather on the waterfront in Apia. Photo: AFP

Otago University geneticist Tony Merriman said 45 percent of Samoans have the gene, but elsewhere it's rare.

"So it's telling us that there's something unique about weight control and obesity in Samoans and this may be translatable to people - Samoan people, Tongan, Pacific people and Māori living in New Zealand."

Professor Merriman said studies were already under way in this country to see if the gene was present in Māori and Pacific people.

"We will look at this genetic variant in a study that we're doing with the Maurice Wilkins Centre in New Zealand in Māori and Pacific people to see if it's having the same effect in New Zealand. We can't assume it is, we need to do the study in New Zealand as well."

The US researchers stressed Samoan people should not believe they're fated to be obese, that it's the environment not them that's changed.

Auckland doctor Robyn Toomath founded the Fight The Obesity Epidemic and agrees with the researchers.

"The people who are genetically susceptible are very, very sensitive to an adverse physical environment. So this is why obesity rates are so much higher when the genetic susceptibilities haven't changed for centuries."

"They are saying, 'Well I'm doing all this and I have family but why are only some of us you know prone to overweight and obesity or even type two diabetes and others are not?'."