A prominent Pakistan cleric, Abdul Qavi, who was censured for appearing in "selfie" with murdered social media celebrity Qandeel Baloch is being investigated in connection with her killing, police say.

Her murder on Friday has shocked the country and sparked fresh debate about so-called honour killings. 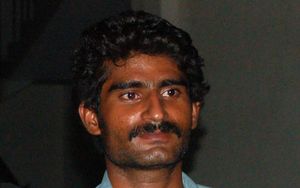 Muhammad Waseem has been arrested for the murder of his sister. Photo: AFP

Baloch's brother, Muhammad Waseem, told media he drugged and strangled his sister as she had violated their family's honor with her social media posts, including a series of selfies with cleric Abdul Qavi last month.

One video appears to show her sitting on Mr Qavi's lap.

Police said Mr Qavi, who was suspended from a prominent Muslim council after the photographs were published, was also part of their investigation into her murder.

"We have decided to widen the scope of the investigation and include Mufti Abdul Qavi in the probe," Azhar Ikram, the police chief in the town of Multan, where Baloch was killed, told Reuters.

Mr Qavi has denied any involvement in Baloch's murder but told Reuters on Monday he would present himself to police for questioning if summoned.

He told media on Saturday Baloch's death should serve as an example for others who tried to malign the clergy, though he also stated that he had "forgiven her".

Baloch, who described herself as a modern day feminist, was unapologetic about her bid to push the boundaries of acceptability for women and change "the typical orthodox mindset" of Pakistanis.

Her pictures and videos outraged religious conservatives who viewed her as a disgrace to the cultural values of Islam and Pakistan. Others hailed her as a "feminist icon".

More than 500 people - almost all of them women - die in "honor killings" in Pakistan every year, usually at the hands of relatives acting over a perception "shame" has been brought on the family. 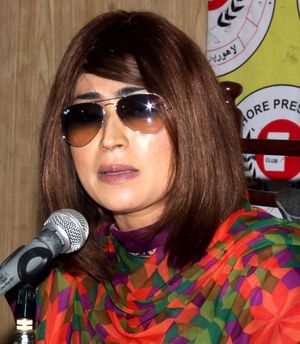 Governments have deplored the practice but done little to stop it. Many Pakistanis have called for the passage of an anti-honor killing law aimed at closing a loophole that allows family members to forgive those responsible for such killings.

After Baloch's death her father, Muhammad Azeem, filed a police report against both his sons, alleging Aslam had encouraged Waseem to carry out the killing.

Police have declined to comment on Aslam's role and he was not available for comment on Monday.

Baloch built a modeling career on the back of her social media fame and was the family breadwinner.

"She was my son, not a daughter. I have lost my son," Baloch's father said, according to the English-language Dawn newspaper.

"She supported all of us, including my son who killed her."

After the outcry over the selfies with Qavi, Baloch held a news conference and appealed to the interior ministry to provide her with security.

No help was provided.