The Tunisian-born man who drove a lorry into crowds of people in Nice researched the route in the days before the attack, French media have reported. 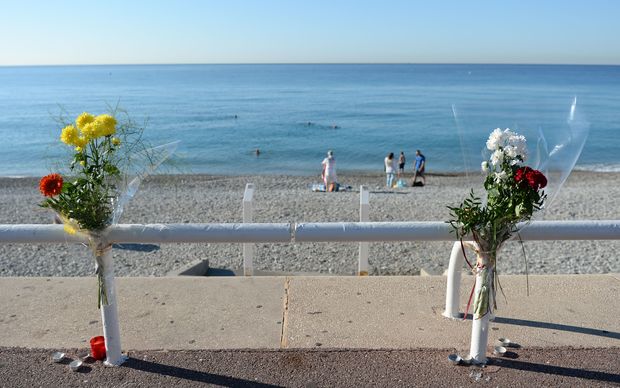 Flowers commemorating the spot where someone was killed in the the Promenade des Anglais in Nice. Photo: AFP

The reports say Mohamed Lahouaiej-Bouhlel drove through the seafront promenade area of the southern French city on Tuesday and Wednesday last week in preparation.

More than 80 people died when he ploughed his vehicle into people celebrating Bastille Day on Thursday (local time).

Six people are being held in connection with the killings, the latest being an Albanian couple who have not been identified. The pair were arrested on Sunday morning, French judicial sources said.

Lahouaiej-Bouhlel was shot dead by police when his vehicle's path along the Promenade des Anglais was eventually halted.

Europe 1 radio said CCTV footage from the days beforehand showed him driving through the area in the lorry, closely observing the scene. 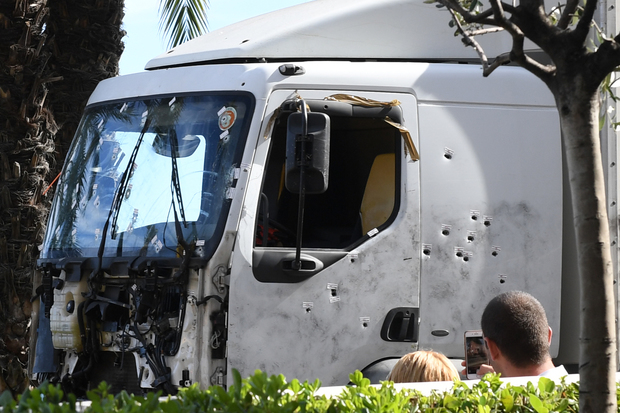 The truck that was used in the attack. Photo: AFP

On the day itself, Lahouaiej-Bouhlel phoned his brother in Tunisia during the afternoon, sending a photograph of himself among the crowds, Reuters news agency reported.

"That last day he said he was in Nice with his European friends to celebrate the national holiday," the brother, Jabeur, said, adding that in the photo "he seemed very happy and pleased, he was laughing a lot".

France has called up 12,000 police reservists to boost security in the wake of the killings.

A BBC correspondent in Nice said the beaches and cafes were busy again and the promenade had been re-opened.

Many people have taken the opportunity to leave tributes or pay their respects to those, including 10 children, who were killed.

Lahouaiej-Bouhlel's estranged wife, who was detained on Friday, was released on Sunday.

Those still being held are said to be close associates of the killer but have not been identified.

French President Francois Hollande has called the attack terrorism and officials have said investigators will seek to find out whether the Tunisian had links with extremist groups.

He was unknown to French intelligence services although he had been in trouble with the police for threatening behaviour, violence and petty theft.

It is not known if he trained in Syria or had any help planning the attack.

Islamic State (IS) said the attacker was acting in response to its calls to target civilians in countries that are part of the anti-IS coalition.

Eighty-five of those injured remain in hospital; 29 are in intensive care and 18 of those are listed as critical.