Australian surfer Mick Fanning is returning to South Africa's Jeffreys Bay to surf the same waves where he had his dramatic encounter with a great white shark last year.

He says he's ready to go. 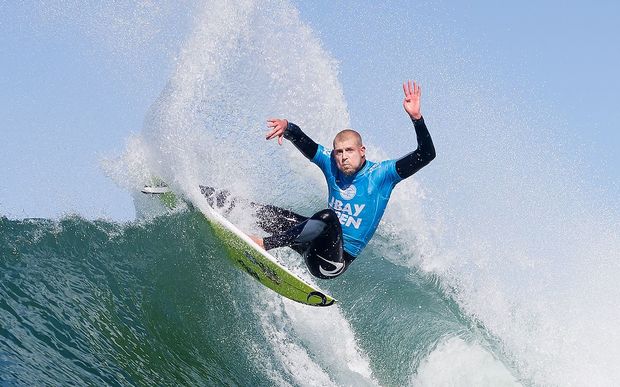 Fanning is taking part in the 2016 J-Bay Open and is due to compete in the first round of heats.

It was in the same competition last year that Fanning, sitting in the waves on his surfboard, was knocked by a great white shark.

In dramatic footage seen by millions worldwide, the shark's fin breaks the waves as it approaches Fanning, who then frantically punches the shark and tries to paddle away.

He was safely rescued and taken to the beach uninjured.

Fanning has already had his first surf back at J-Bay in preparation for the competition.

He said it was good to get that hurdle out of the way and he was feeling good.

"I've surfed lots of different places and I've seen sharks out in the water since then and I didn't feel too concerned. You're in the ocean, and you know, you can have a cage around you and something can hit you.

"It's just one of those things when you've got to think positively and hopefully nothing happens."

Fanning suffered an ankle injury during warm-up for the competition, and thought it might keep him out of the water at J-Bay, but had since confirmed he would compete.

Surf officials have boosted shark protection measures for the event.

Sonar buoys have been placed in the water, aerial surveillance will be increased and communication protocols have been developed for early detection of any shark activity. 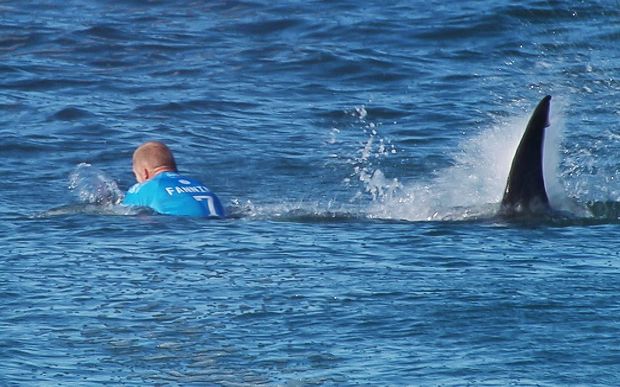 Fanning is approached by a great white shark at the 2015 J-Bay Open. Photo: World Surf League