Pilots of the EgyptAir jet that crashed in the Mediterranean Sea in May battled to extinguish a fire, the cockpit voice recorder reportedly shows. 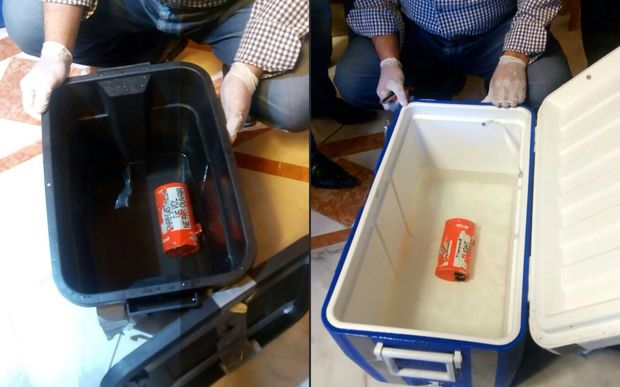 The data, revealed by sources close to the investigation but not yet made public, backs up evidence from the flight recorder of smoke in the cabin.

All 66 people onboard died when flight MS804 from Paris to Cairo disappeared from radar on 19 May.

Data recovered from both of the so-called "black box" recorders reinforced the automated electronic messages sent out by the plane that had shown smoke detectors going off in a toilet and in the avionics area below the cockpit, minutes before the plane disappeared.

No distress call was made from the plane and wreckage from the crash was not discovered until three days after.

Egyptian investigators have not ruled out any reasons for the crash, including terrorism, particularly as such catastrophic fires on passenger planes are so rare.

The data recorders was taken to Paris after being found, and the cockpit voice recorder was in need of considerable repair.

Investigators are still analysing the voice exchanges and no official statement has yet been made on the contents.