Australian Election - Australians go to the polls today to decide who will govern for the next three years. 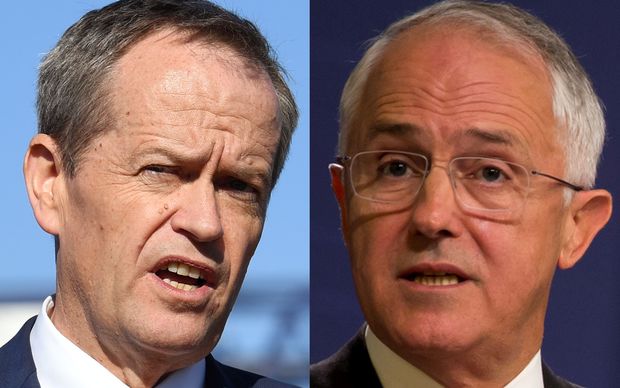 Bill Shorten and Malcolm Turnbull face off for the top job in Australia. Photo: AFP

The vote in the federal election is expected to be close, with the latest polls putting the Coalition and Labor parties neck and neck.

The dead heat lifted the potential for the election to deliver either a shock Labor win, a narrow Coalition victory, or a hung Parliament with no side commanding a majority.

Both parties are promoting stability in uncertain economic times.

Voting is compulsory for those enrolled, and nearly three million people had already cast their ballot by last night.

Polling closes 6pm across Australia, which would make it 10pm in New Zealand when the final votes are cast in Western Australia.