It's been called a marathon election campaign, and after eight weeks it's nearing the finish line. 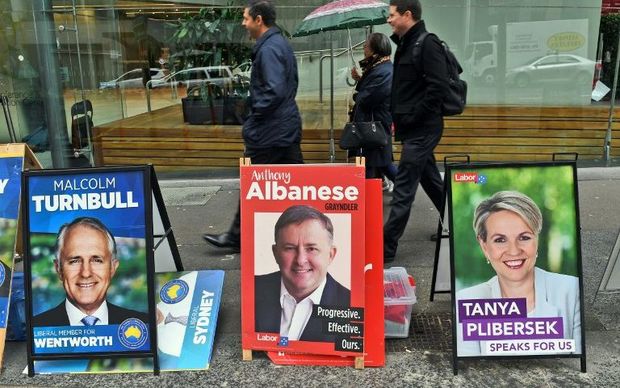 The latest polls have the Australian election too close to call. Photo: AFP

But the latest polls have the election too close to call, with some commentators warning that, depending on the swing in a swag of marginal seats, either Liberal leader Malcolm Turnbull or Labor leader Bill Shorten could face some serious post-election challenges trying to form a government.

The campaign started with a focus on policy, before evolving into personal attacks and scare tactics.

Opposition leader Bill Shorten was at the centre of that - warning Australians that a vote for Mr Turnbull would mean health system Medicare would be smashed and that GST would be raised to 15 percent.

However the Liberal Party has rejected both claims, saying it has no plans to privatise Medicare or increase GST.

Labor's Bill Shorten remains stoic, saying he would not put it past the Liberals to do either and voters appear to agree.

Despite those accusations, Mr Turnbull appears to have finished the campaign slightly stronger.

The global fallout from the Brexit vote has also played into his hands, right when he needed it. Mr Turnbull was quick to tell the Australian public that, at this time, they needed a clear economic plan and stability - and not Labor's looser fiscal plan for larger deficits.

Yet as compelling as that might seem, voters have not been swayed.

For one, stability is a strange word coming from a leader who has been in the job just nine months - and is the fifth prime minister Australia has had in five years.

Mr Turnbull said if he was re-elected as prime minister, he would make a commitment to still be in that position at the 2019 election.

Mr Shorten pointed out there was still disunity in the Liberals and that a vote on same sex marriage vote, which has been promised to be held before the end of the year, could further split the conservatives and put Mr Turnbull's time at the helm in doubt. 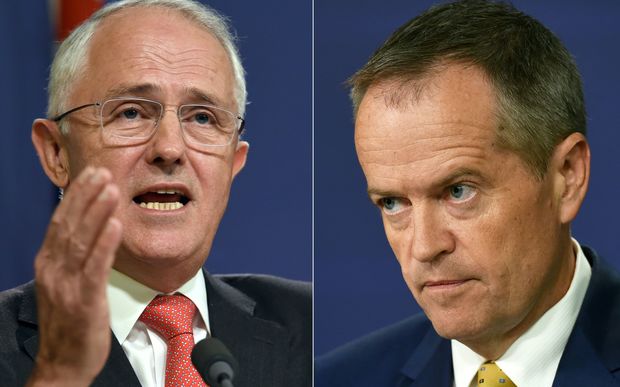 But Mr Shorten also has a precarious grasp on his leadership.

He is refusing to say whether he will stay as leader of Labor if the party does not get into government tomorrow - saying he is in it to win it and Labor was putting forward a positive policy agenda.

Neither party has a good record when it comes to leadership and it is clear that Australians are sick of it.

In Mr Turnbull's favour is that a first-term government has not been beaten in Australia for 85 years. Plus Australians may just want to leave him as prime minister, rather than vote in another new one.

Mr Turnbull used his final televised pre-election speech to again plead with electors not to risk voting for independents, or for Labor, as a protest.

The tightness of the election has had the leaders on the hunt for every last vote, especially in the key marginal seats.

The rise of the Nick Xenophon team is viewed as the election wildcard. The party is expected to pick up at least five seats which could put it in a kingmaker position.

There is a genuine fear in Australia of a hung parliament causing chaos and instability. They could, though, just look across the Tasman at New Zealand to see how parties can work together.

Whether that fear affects how Australians vote remains to be seen.

Both leaders go into tomorrow's election buoyed by polls showing either can win, but nervous about which way undecided voters will jump.

Voting is compulsory in Australia and there is a history of a very high number of informal votes that cannot be counted.

And with the recent Brexit vote, there is enough evidence suggesting to expect the unexpected.