Florida shootings - The wife of the gunman who killed 49 people at a gay nightclub in Orlando could face charges in connection with the attack, according to reports. 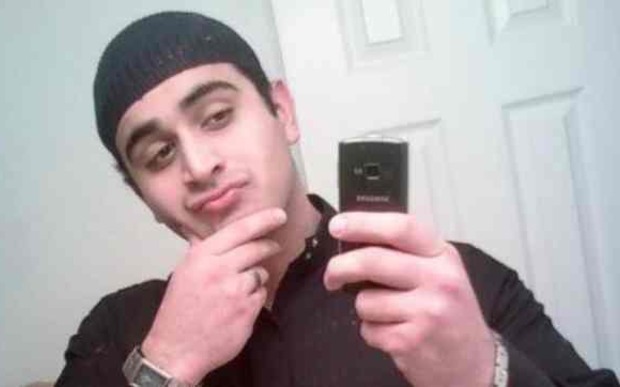 A picture on social media purporting to show Orlando gunman Omar Mateen, who was killed when police stormed the club. Photo: MySpace

She is reported to have told police she tried to talk her husband out of attacking the Pulse nightclub.

The attack in Florida was the worst mass shooting in recent US history.

Fifty-three people were wounded and six remain in a critical condition.

Prosecutors quoted by Fox News said they were seeking to charge Noor Salman as an accessory to 49 counts of murder and 53 counts of attempted murder, as well as with failure to warn authorities about the impending attack.

It was possible that Mateen had called his wife from inside the club while the killings were taking place, Fox quoted a source as saying.

Although Ms Salman has been questioned since the attack early on Sunday, she has not been arrested.

US Senator Angus King, a member of the Senate Intelligence Committee which received a briefing on the investigation, told CNN that "it appears she had some knowledge of what was going on". 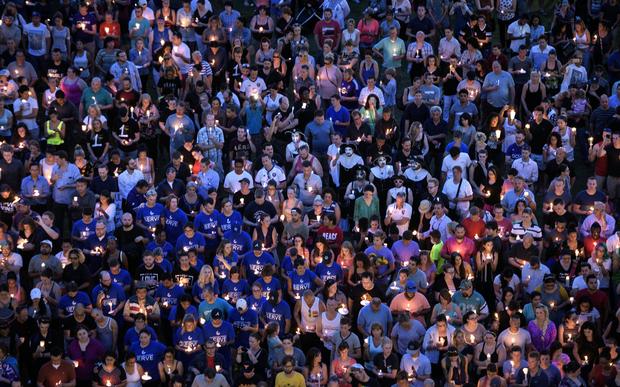 Mourners hold candles while observing a moment of silence during a vigil outside a performing arts centre in Orlando. Photo: AFP

"She definitely is, I guess you would say, a person of interest right now and appears to be co-operating and can provide us with some important information," he added.

On Tuesday, US media reported that Ms Salman had gone with Mateen to buy ammunition and had also driven him to the Pulse nightclub on a previous occasion because he had wanted to survey it.

However, she said she had tried to talk her husband out of carrying out the attack, sources quoted by NBC News said.

Mateen's father, Seddique Mateen, said on Tuesday that Ms Salman - his son's second wife - had returned to the couple's flat on Monday to pick up some clothes. He said she and the couple's young son were still in Florida but declined to say where.

Mateen, 29, who was killed when police stormed the club, pledged allegiance to so-called Islamic State (IS) during the attack, authorities say.

He had visited the club as a guest several times over the past three years and interacted with other club goers on gay dating apps, witnesses said.

On Tuesday, President Barack Obama said Mateen appeared to have been "an angry, disturbed, unstable young man who became radicalised".

Investigators have said there is no evidence that Mateen had been in contact with any outside groups such as IS. Mateen was a US citizen, born in New York to Afghan immigrant parents.

President Obama will travel to the scene of the attack in Orlando on Thursday.