European Council president Donald Tusk has warned that a British exit from the European Union would have unpredictable consequences and could threaten "Western political civilisation". 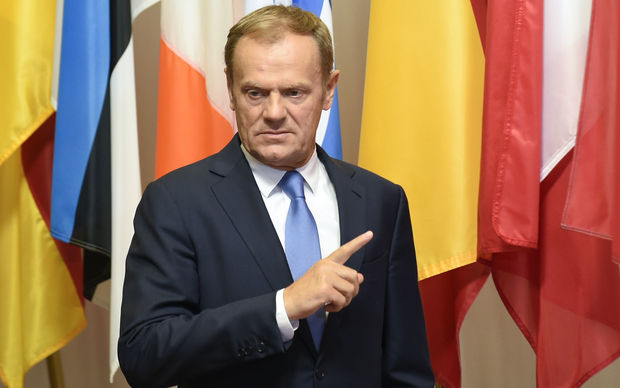 He told the German newspaper, Bild, a vote to leave in the forthcoming referendum would be a boost for anti-European forces.

"As a historian I fear Brexit could be the beginning of the destruction of not only the EU but also Western political civilisation in its entirety."

However Douglas Carswell, a UK MP from the right-wing populist party UKIP, said the Remain campaign was "falling apart".

He tweeted: "Why hasn't Western civilisation come to an end already seeing as how most countries are self governing?"

The referendum is to take place on 23 June.

Mr Tusk said "every family knows that a divorce is traumatic for everyone".

"Everyone in the EU, but especially the Brits themselves, would lose out economically."

He also said Turkey would not become a member of the European Union "in its current state".

Leave campaigners have regularly accused the Remain campaign of scaremongering after repeated warnings from high-profile figures against leaving the EU.

UK Employment Minister Priti Patel said: "This is extraordinary language from the EU president, and serves only to reveal his own desperation.

"The only thing that is destroying civilisations is the euro, which has ruined economies and led to youth unemployment soaring to nearly 50 percent in southern Europe."

UK Prime Minister David Cameron's spokeswoman said he was "focused on the issue that is on the ballot paper", adding: "We will leave Donald Tusk to speak for himself.

"The prime minister has set out many times how he views the opportunities and risks for the United Kingdom."