Details have emerged about the fate of New Zealand's peace initiative in the Middle East, more than six months after it was raised. 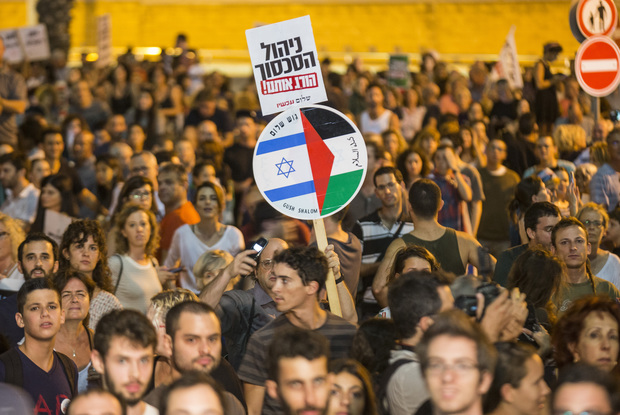 Last year, New Zealand used its position on the Security Council to circulate a draft resolution to deal with the dispute between Israel and the Palestinians.

Since then, almost nothing has been heard about the matter.

But behind the scenes, New Zealand officials met all members of the Security Council to talk about its plans.

It won sympathy from three members of the big five - Britain, Russia and China.

France set about arranging its own Middle East peace initiative and the United States refrained from showing its hand.

The original idea raised by New Zealand called for Israel to halt its settlements in the occupied territories and for Palestinians to stop taking cases to the International Criminal Court (ICC).

The New Zealand draft proposal also called for both sides to refrain from provocative gestures and not to demonise each other with hostile rhetoric.

At the time, it was rejected by both Israel and the Palestinians.

But it was strongly supported by the Foreign Affairs Minister Murray McCully, who repeatedly said the current stalemate in the Middle East was unsustainable.

Despite the sympathy for New Zealand from Britain, Russia and China, officials were told there was not enough support for the draft resolution to proceed.

But in the absence of an alternative, and with the situation on the ground being allowed to drift, New Zealand later revived its efforts, raising the matter with members of the council and in capitals in the Middle East.

In a background briefing with RNZ News, New Zealand officials said they were realistic that their initiative might never see the light of day.

But they think that any progress is good progress and would welcome it if other nations pick up the ball and run with it after New Zealand's two-year stint on the Security Council is finished.

The New Zealand government believes the Israel-Palestine dispute has dragged on for far too long and thinks the United Nations exists so small countries like New Zealand as well as large ones can work on pressing world problems.

The last talks between Israel and the Palestinians collapsed in 2014, despite being pushed by the US Secretary of State John Kerry.

New Zealand officials conceded that if a man as powerful as Mr Kerry could not bring peace then small countries faced an enormous uphill battle in doing so.

"But if we keep chipping away at this problem, and someone else is able to take up this matter later, then that is a good thing," one official said.

The official said New Zealand had been able to take its initiative further than most small states had.

New Zealand's involvement stemmed mainly from being what officials call a good international citizen and using the United Nations in a way one of its founding members, former New Zealand Prime Minister Peter Fraser, intended.

They said the Middle East mattered to powerful states who mattered to New Zealand, which had inherited their concerns.