Travellers returning from areas where Zika is spreading should wait at least eight weeks to have unprotected sex or attempt to conceive a baby, even if they have no symptoms of the virus, World Health Organisation (WHO) says. 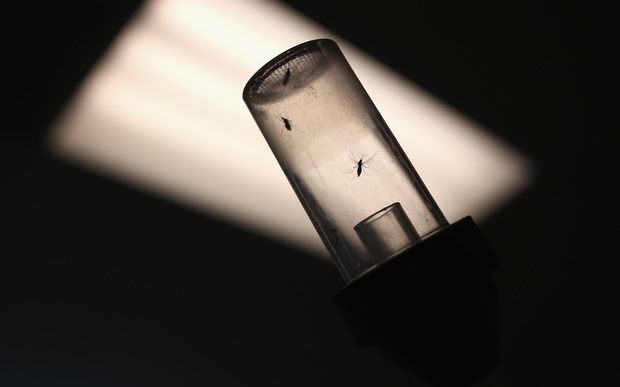 Mosquitos caught for testing for Zika await shipment to a lab on 14 April in McAllen, Texas. Photo: AFP

The mosquito-borne virus has been linked to birth defects. Evidence of it spreading through the semen of infected men has been recorded in 10 countries, including New Zealand.

The latest recommendation, which doubles the risk period previously advised by WHO, came after scientists found the virus lingered longer than previously thought in blood or other body fluids, spokesman Christian Lindmeier told a news briefing on Tuesday.

If the male partner in a couple planning pregnancy had symptoms, the risk period should be six months, he added.

"People should practise safer sex or abstain for at least eight weeks if they are returning from Zika-affected areas," he said. "The previous recommendation suggested a period of at least four weeks, so we're upping (it)."

The new guidelines "reflect what we have learned about Zika disease and its complications", he added.

Asked if this new advice amounted to an effective ban on pregnancies in Brazil, where the virus first appeared a year ago, Mr Lindmeier said: "The guidance is to delay or consider delaying pregnancy, certainly recognising that this is tough for some populations."

The spokesman said scientists were still investigating how long the virus could be traced in saliva but these tests had so far been inconclusive.

"All this is being studied to see where else we find the virus and how long it sustains there," he said.

The symptoms of the virus can include rash, fever, red eyes and painful joints or muscles.