Reports from the rebel-held Syrian town of Marea say a major attack by Islamic State militants appears to have been largely repelled. 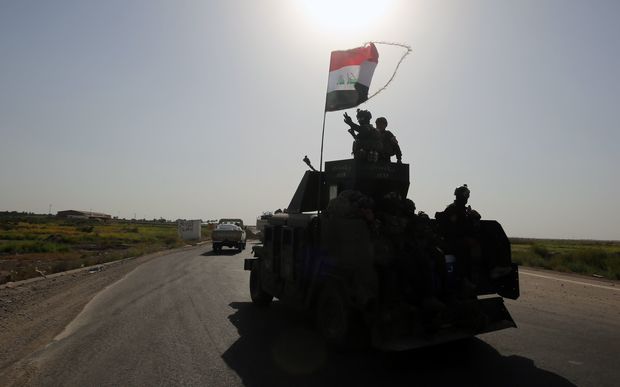 The assault included an attempt by IS forces to storm a hospital.

Dr Zaher Sahloul, from the Syrian American Medical Society has received information from the area.

He said a surgeon from the hospital had told him the medical team had not slept at all through the night.

"There was a person who was 91 years old who was killed from a shelling and also a whole family."

Islamic State has cut the road connecting the rebel-held towns of Azaz and Marea, and Doctors Without Borders evacuated staff and patients from near the town Azaz.

Meanwhile in Iraq, government forces made gains in their offensive to drive Islamic State militants from Falluja - one the country's two major cities in IS hands.

The nearby town of Karma, the first line of IS defence, was now in the army's hands, the BBC reported.

Large numbers of elite combat troops were also deployed near Falluja, about 45km west of Baghdad.

But IS hit back north of Falluja, killing and injuring some Iraqi forces in a suicide car bomb attack.

A counter-attack south of the city was repelled with the help of helicopter gunships.

That came just days after the IS commander in Falluja, Maher al-Bilawi, was killed along with dozens of militants in US-led coalition air strikes, according to Washington.