Greece has begun evacuating thousands of stranded refugees from the makeshift Idomeni camp on its northern border with Macedonia.

The operation began at dawn and witnesses reported police vehicles and buses standing by to transfer people to better organised facilities.

Hundreds of riot police have been deployed but officials say force will not be used. 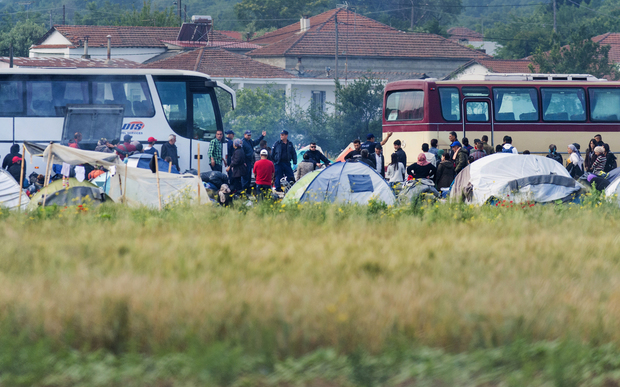 Greek police officers move refugees from one camp to another. Photo: AFP

Most of them had been on their way to northern Europe when they became stranded after Macedonia closed its border with Greece.

They have been promised much better facilities at newly-created asylum processing centres near Greece's second city Thessaloniki.

At least four bus loads of refugees were seen leaving the camp on Tuesday morning, with others leaving on foot or by taxi.

Mostly from conflict zones in Syria, Iraq and Afghanistan, they had been reluctant to move away from the border - despite having to sleep in tents in very difficult conditions.

But the mood among them was one of resignation in recent days.

One Syrian, Rezan, who has been living in the camp since early March, said he did not want to leave, but would if he had to.

Police prevented journalists entering the camp on Tuesday morning but at least 20 police vans were seen going in while a police helicopter monitored the operation.

Giorgos Christides, a journalist at the camp for the German magazine Der Spiegel, said police were determined to clear one part of the camp on Tuesday. 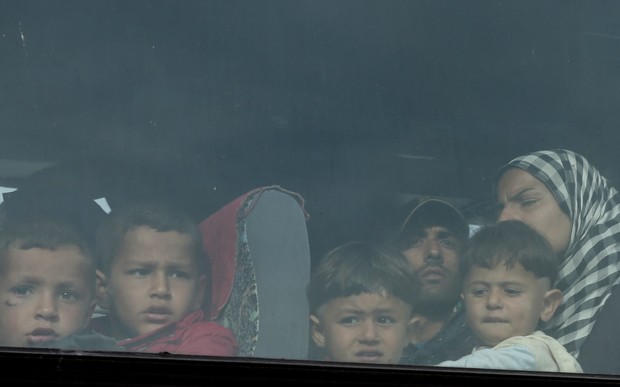 Refugees are seen on a bus during a police operation that began to evacuate the makeshift refugee camp at the Greek-Macedonian border. Photo: AFP

They are planning to complete the operation within 10 days, he added.

"A thing like Idomeni cannot be maintained. It only serves the interests of smugglers," he said.

Also on Monday, police were reported to have started removing about 2000 people who have been blocking the rail track on the border.

The tracks have been blocked by the refugees for more than a month, forcing trains to re-route through Bulgaria further to the east.

Mr Kyritsis said that while the government did plan to reopen the railway, it was not planning a police sweep operation at the camp.

"Removing all the refugees from the disgrace which is Idomeni is in their own interest," he said. "The rail track will open for the train to pass through normally but the fundamental thing is for the people to be transferred to where the conditions are humane."

Macedonia's decision to stop refugees crossing the border from Greece followed an announcement by Austria, further north, that it was tightening its own border controls.

Since then other Balkan countries have closed their own borders.

More than a million undocumented refugees and other refugees have entered the EU by boat from Turkey to Greece since early last year, generating an unprecedented crisis for the EU's 28 member-states.

The European Commission told journalists on Monday it welcomed any initiative by Greece to evacuate migrants and move them to organised reception facilities.