The United States Supreme Court has overturned a murder conviction after almost 30 years, saying the selection of an all-white jury to try the case was unlawful. 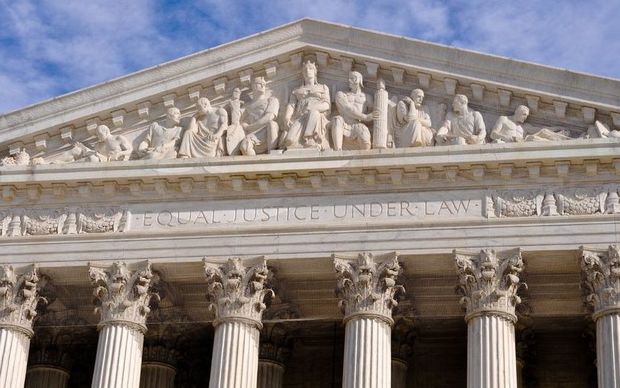 The 7-1 ruling handed a major victory to Timothy Foster, who was 18 when he killed 79-year-old retired schoolteacher Queen Madge White in Rome, Georgia.

Foster, a black man from Georgia, is now 48, and has been on death row ever since.

During jury selection, all four black members of the pool of potential jurors were "struck" or removed from consideration.

Chief Justice John Roberts, who wrote the ruling, said prosecution notes showed the prosecution marked the names of the black prospective jurors with a "B", highlighted them in green and circled the word "black" next to the race question on juror questionnaires.

Mr Roberts said the notes "plainly belie the state's claim that it exercised its strikes in a 'colour blind' manner. The sheer number of references to race in that file is arresting".

He said prosecutors "were motivated in substantial part by race" when two of the potential jurors were excluded. Two such strikes based on race "are two more than the Constitution allows," he added.

Foster could still be retried.

The prosecution gave reasons for excluding potential black jurors including that they "did not make enough eye contact" during questioning and were "bewildered," "hostile," "defensive," "nervous" and "impudent."

Prosecutors said Foster broke into the elderly woman's home in the middle of the night, broke White's jaw, sexually assaulted her, beat and strangled her, and stole items from her house. Foster later confessed to killing White, according to court papers.

The sole dissenter in the ruling was the court's only black justice, Clarence Thomas, who said the case should have been sent back to state courts to determine whether Foster's claim could proceed.