An Indian climber has died on Mount Everest, becoming the third fatality in three days on the mountain. 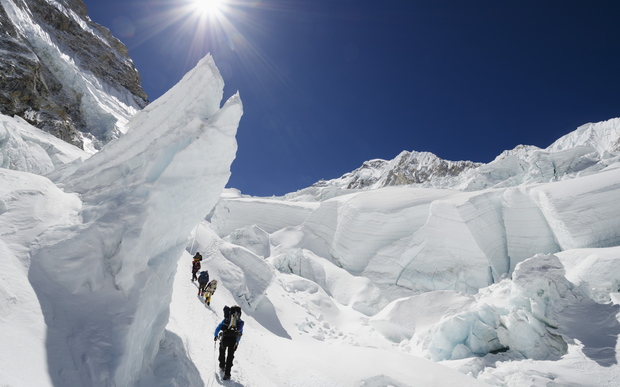 Climbers in the Khumbu icefall, Mt Everest, in 2012. Photo: AFP

Subhash Paul died on Sunday after reaching the summit a day before, as Sherpa guides were helping him descend.

A Dutch man and an Australian woman both died over the weekend, apparently from altitude sickness.

Dutch climber Eric Ary Arnold died on Friday after reaching the summit, then on Saturday, Maria Strydom, 34, who was born in South Africa, died while descending.

As many as 30 climbers have suffered frostbite or become seriously ill on Everest in recent days.

Two other Indian climbers who were with Mr Paul have also been reported missing in the so-called "death zone" near the summit.

However the mountain's most successful female climber reached the summit for the seventh time on Friday.

This is the first climbing season for two years on Everest.

In 2014, 16 guides were killed in an avalanche, resulting in protests that prematurely ended the season, then an earthquake in Nepal last year killed at least 18 people on the mountain and closed climbing routes.

With the mountain open again, climbers have been taking advantage of good conditions in large numbers, with nearly 400 reaching the summit from the Nepalese side since 11 May.

Most climbers are now beginning their climb down from the higher camps as spring climbing season slowly comes to an end, according to an official at the Department of Tourism.