Climbing expeditions at Mount Everest are reopening this month, after two seasons of lost income for Nepal's ethnic Sherpa community. 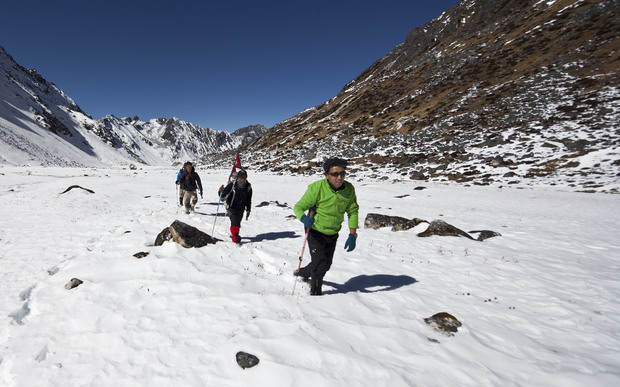 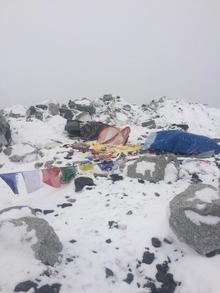 An image posted on Twitter claims to show tents at Everest's Base Camp covered with snow after the earthquake. Photo: Twitter / Azham Afzanizam Hamzah via @rizalzulkapli

A magnitude 7.4 earthquake in May last year killed more than 6000 people and injured thousands more. Eighteen people died when a wall of snow smashed through the Everest Base Camp during the devastating quake.

Mr Tenzing said Sherpas risked their lives guiding mountaineers, but still only got a tiny share of a multi-million dollar business.

He spoke to Nine to Noon about the "business of Everest," as is laid bare in the upcoming documentary Sherpa, which tells of the people who pay the greatest price.

"The bigger issue really is of reducing the risk and reducing the inequity that exists on what I think is a business on Everest where the folks who do most of the work are sent, essentially, into a war zone."

Mr Tenzing works as vice-president of the American Himalayan Foundation, which funds education and healthcare projects for Sherpas, Nepalis and Tibetans throughout the region. 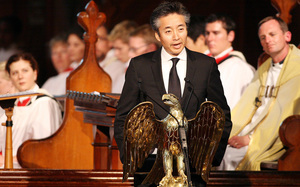 Government intervention is needed, he said.

The film was a gift to Sherpas as it gave them a voice, he said.

"Part of the population will always be involved in these sorts of expeditions. I think the key is to try and reduce the risk somehow by having the Sherpas, who make trips up the treacherous ice fall, often carrying things like espresso machines and heaters, and they get paid a mere $32 every time they cross the ice fall and they're basically playing Russian roulette with their lives.

"That risk can be reduced."

Increased insurance payouts were needed, but as it was now - about $US15,000 - it barely covered funeral and basic living expenses, he said.