Cyclone Roanu has pounded the coast of southern Bangladesh, forcing half a million people to flee their homes and leaving at least 24 dead. 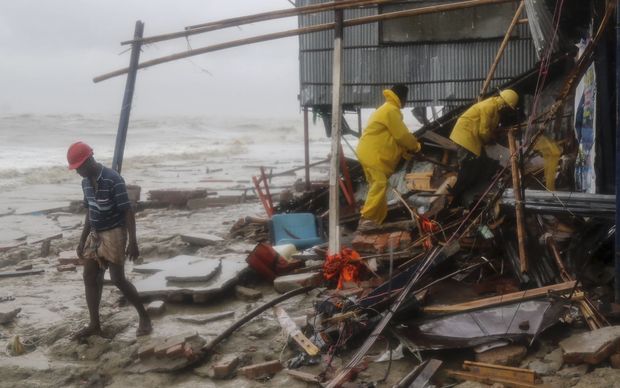 Among those who died were a mother and daughter who were killed when rain triggered a landslide in southern Chittagong district, which bore the brunt of the storm.

The authorities took more than 500,000 people into shelters as Cyclone Roanu made landfall at noon local time on Saturday. Several ports have been closed and power lines are down across the country.

The storm system has since weakened but heavy rainfall is continuing.

Sri Lanka was also battered by Cyclone Roanu, with the heaviest rains in a quarter of a century triggering severe floods and huge landslides that buried some victims in up to 15m of mud.

At least 64 people have died as result of the tropical storm, including three in the capital, Colombo.