Rescuers in Sri Lanka are searching for scores of people missing after massive landslides following days of rain.

The Red Cross says more than 200 families are feared buried in the mudslides that hit three villages in central Kegalle district.

Disaster management authorities said they could not confirm the number of families missing, but at least 32 people had been killed. 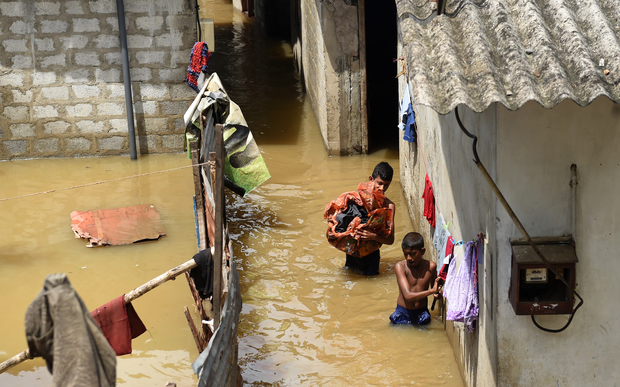 Sri Lankan youths wade through floodwaters as they go about their daily chores. Photo: AFP

Disaster officials said about 150 people have been rescued but more than 60 houses have been buried by mud.

At least 32 people have been killed in flooding during three days of torrential rain in Sri Lanka, according to official figures.

Nearly 350,000 people have been displaced by the flooding.

The huge landslide happened above the villages of Siripura, Pallebage and Elagipitya late on Tuesday afternoon.

Images show a vast stretch of hillside which has sheared off, sending mud, rocks and trees crashing down.

"We have deployed more than 300 officers for rescue operations... they have been able to rescue around 150 people last night. They recovered 13 dead bodies this morning," military spokesman Brig Jayanath Jayaweera said. 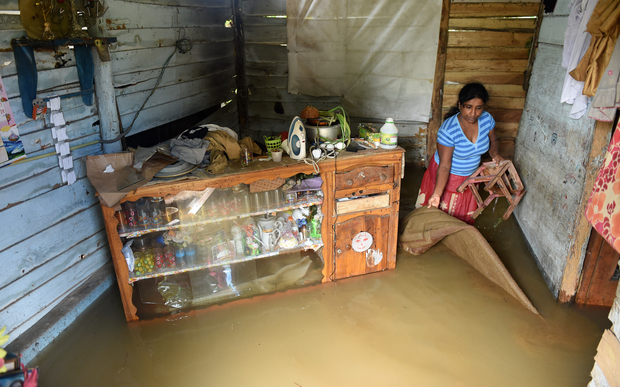 A Sri Lankan woman wades through floodwaters inside her home in Kelaniya suburb of the capital Colombo. Photo: AFP

Meanwhile, authorities in southern India have been put on alert as the heavy rains are forecast to move on to Chennai and parts of Tamil Nadu and Pondicherry.

Fishermen have been warned against going to sea and rescue teams are on standby.

At least 280 people died in a month of heavy rains and floods in Chennai and other parts of Tamil Nadu last year. The rains, the heaviest there in a century, were blamed on climate change although city officials were also criticised for being unprepared.