Law enforcement officers have shot a man who brandished a gun near the White House in Washington DC while the President was away golfing, the US Secret Service says. 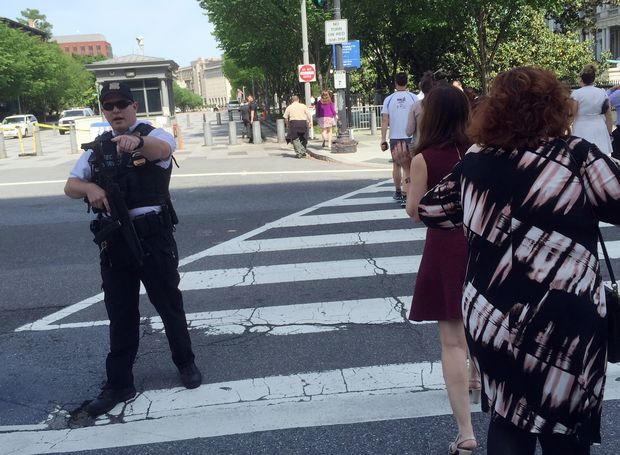 A member of the Secret Service directs people following a lockdown at the White House. Photo: AFP

The Secret Service briefly locked down the White House as a precaution, and the man, who was shot once, was taken into custody and then driven to hospital in a critical condition.

President Barack Obama was out playing golf at Andrews Air Force Base, and Vice President Joe Biden was secured within the White House complex during the lockdown, a White House spokeswoman said.

US Secret Service spokesperson David Iacovetti said an agent shot the man after he refused to drop his weapon.

"The secret service recovered a firearm at the scene ... and officers and and an agent provided medical aid to the subject," he said.

The man did not enter the White House complex and no law enforcement personnel or innocent bystanders were injured.

The Secret Service, which also protects the president's family and other top dignitaries, did not say if Mr Obama's wife and daughters were home at the time.

Reporters in the press room said they had been told to shelter in the basement.

The shooting took place just off 17th and E streets, near what is known as the South Lawn outside the executive mansion, which serves as the home and offices of the president. 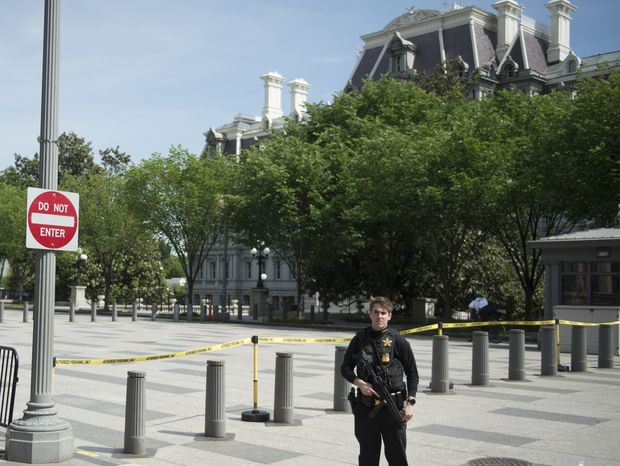 A man who looked to be in his mid-20s walked to the gate of the White House holding a silver-colored gun pointed at the ground, said Brett Polivka, a 26-year-old visitor from Texas who was standing near the south side of the White House.

"A couple (of) officers drew their guns, went right at him and within two or three seconds we heard a gunshot," Mr Polivka said.

Steve Snider, a 47-year-old from Seattle was standing near the north side of the White House when he heard whistling and saw officers holding assault weapons moving toward the west side of the mansion.

"There was a real sense of urgency. You could tell something big was going on," he said. 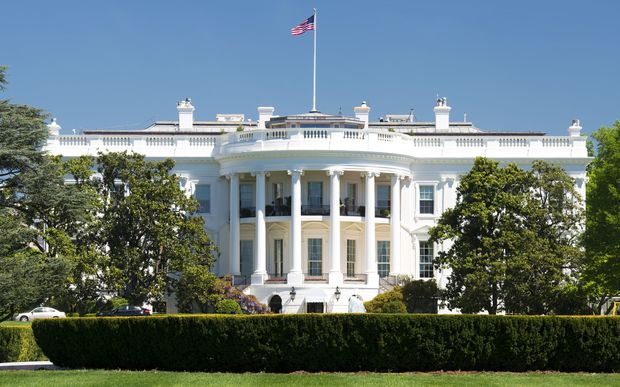 The shooting followed several incidents that raised questions about whether the White House was adequately protected.

In September 2014, a knife-carrying man jumped a fence and ran into the White House itself in one of the worst security breaches during Obama's tenure.

That episode led to the resignation of the US Secret Service director.

In March 2015, two Secret Service agents capped off a night of drinking by driving into a White House barricade inches away from a suspicious package that investigators were examining as a possible bomb.

In 2011, a man shot at and hit the White House with automatic rifle fire, though damage to the building was not discovered for several days.